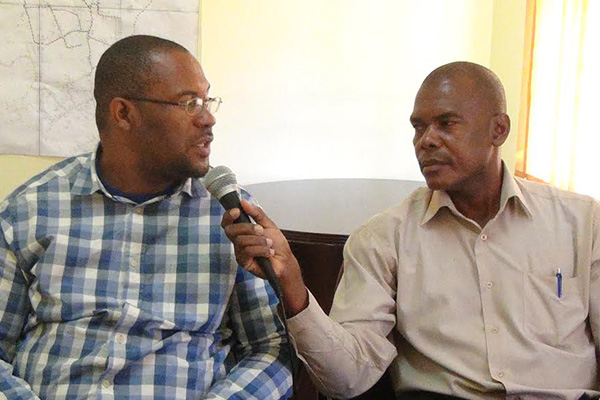 Allister Thompson was unanimously returned as President of the Nevis Turf and Jockey Club on the evening of Saturday 25th January.  As a matter of fact, the membership agreed that the entire board of directors were doing a great job and returned them to continue their mandate for the next two years.

Thirty-eight members were present at the meeting which was held at the Ivor Walters Primary School.

President Thompson presented a six page report which comprehensively covered the successes and failures of the Nevis Turf and Jockey Club over the last year.

Secretary Landa Brown also presented a detailed report in the minutes of the last AGM and Treasurer Maureen Archibald’s report was listened to with keen interest and it was gleaned that the club had done exceptionally well in repaying or considerably minimizing some huge debts over the past year and now has over $14,000.00 on its bank account.

The meeting was ably chaired by Mr. MacKay Tross and after the meeting, the members socialized until close to midnight as they watched videos of previous races and shared in snacks and drinks.

The reelected Board of Directors is as follows:

Thompson is also predicting that the Tourism meet scheduled for February 9th will be exciting as there are four new horses just added to the list of horses. He however indicated that Mr. BIG PEPE has not yet recovered from his recent illness and has lost a lot of weight and will not be available for the upcoming event.

He also used the opportunity to invite interested persons to register as members of the club.