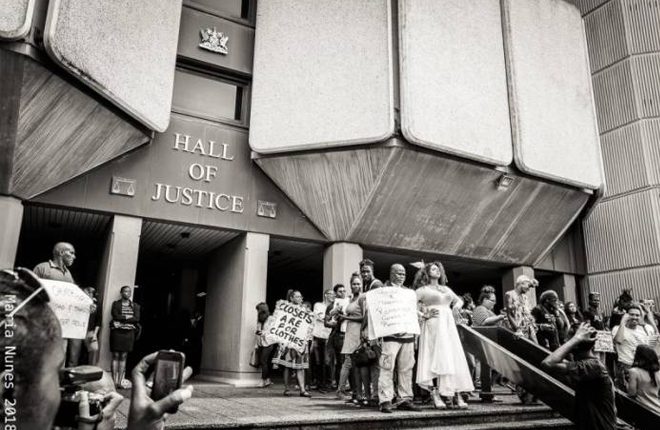 On one side of courtroom POS 09 sat a small group of pastors dressed in suits and expressions that were just as stiff. On the other were supporters of sexual and gender minorities’ rights, at least one of them sporting a T-shirt that declared details of the “homosexual agenda” in Trinidad and Tobago: “1. Buy Crix [a popular local cracker] 2. Spend time with family 3. Fight for equality”.