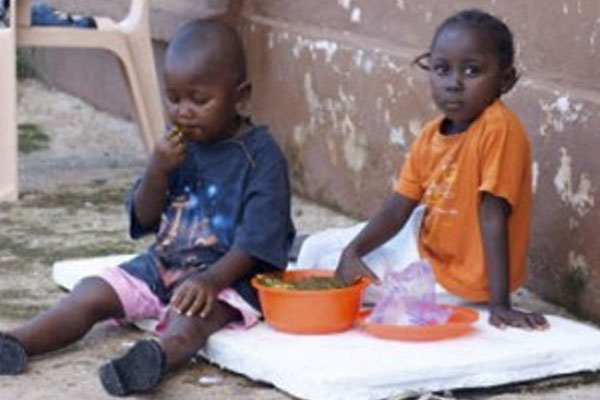 (CNN) — Ebola has orphaned thousands of children in West Africa, and relatives are terrified of taking them in for fear of infection, the United Nations said.

About 3,700 children in Guinea, Liberia and Sierra Leone have lost one or both parents to the disease, according to U.N. child agency, UNICEF.

In addition to mourning the loss of caregivers in the three hardest-hit nations, the children feel abandoned and stigmatized.

“Orphans are usually taken in by a member of the extended family, but in some communities, the fear surrounding Ebola is becoming stronger than family ties,” said Manuel Fontaine, UNICEF’s regional director.

With Ebola infections skyrocketing in recent weeks, the agency fears the number of orphans could double this month.

In the next few months, about 2,500 survivors will get lessons on providing care to children quarantined in treatment centers. Ebola survivors are considered immune to the disease.

“UNICEF is looking at traditional and new ways to help provide children with the physical and emotional healing they need,” the agency said in a statement this week.

In Liberia, the children’s aid agency said it is training additional mental health workers to ensure children affected by the deadly virus get the support they need.

In neighboring Guinea, plans are under way to provide psychological support to 60,000 children and families affected by Ebola.

Comforting a child is a ‘potential death sentence’

“Ebola is turning a basic human reaction like comforting a sick child into a potential death sentence,” Fontaine said. “The vast majority of the children affected by Ebola are still left without appropriate care. We cannot respond to a crisis of this nature and this scale in the usual ways. We need more courage, more creativity, and far, far more resources.”

The U.N. children’s agency said it has received only 25% of the $200 million it needs for emergency assistance for families affected by Ebola in the region.

Affected nations are reporting grim numbers as the deadly virus takes its toll.

‘Untold numbers of children are dying’

In Sierra Leone, about 765 new cases were reported last week, which is a rate of five every hour, according to Save the Children. The aid group said there are only 327 beds available for Ebola patients in the country.

“Untold numbers of children are dying anonymously at home or in the streets,” Save the Children said.

Ebola has killed more than 3,000 people in Guinea, Liberia and Sierra Leone, and the United Nations says those numbers are vastly under-reported.

Meanwhile, Sierra Leone’s President Ernest Koroma is missing an Ebola donor conference in London because his British-chartered plane had technical problems, the British Foreign Office said Thursday, an hour before he was due to give a news conference with British Foreign Secretary Philip Hammond.

“We are currently exploring alternative ways for the President to participate in the conference,” the Foreign Office told CNN.