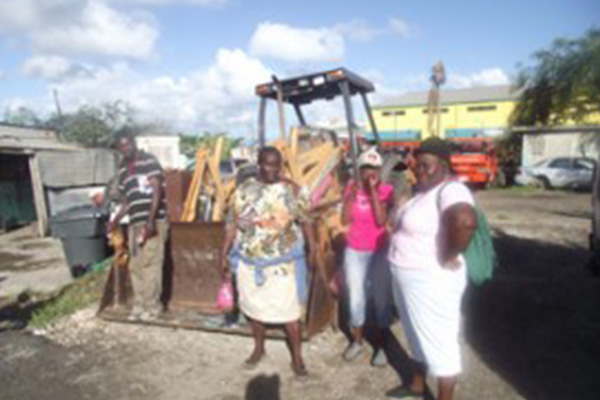 ST JOHN’S, Antigua – The threat of renewed strike action today over unpaid wages by workers at the Central Board of Health (CBH) remained, up to press time, with workers telling OBSERVER media a decision would be taken this morning.

Chief Health Inspector Lionel Michael confirmed, on Saturday, that the workers still had not been paid and Shop Steward James Willock said on Sunday that he was still awaiting word on payment.

“The situation is, if by Monday we haven’t been paid, we won’t be returning to work,” said Willock, before going on to say the estimated 200 affected workers would take a decision this morning.

The workers at CBH are responsible for cleaning the streets of St John’s and its outskirts and Willock said no work had taken place since the strike began Friday.

On Friday, sanitation workers refused to make their rounds to force payment of wages and long past due overtime.

The overtime dispute is long runni

ng, but as George had said, the situation tipped into disarray when wages were not paid on Friday.

Chief Health Inspector Lionel Michael had said an administrative foul-up rather than government cash flow, was at fault. By Antigua Trades and Labour Union’s estimate, about 700 workers were affected.

On Friday, Permanent Secretary in Ministry of Health Edson Joseph said funds were made available through the issuing of a special warrant, which would begin the process of paying the workers.