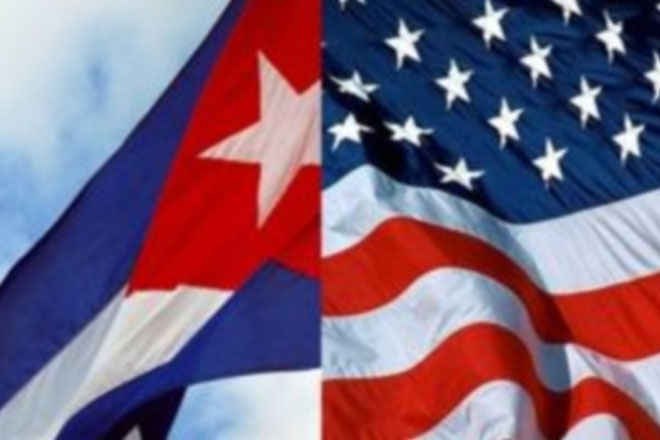 Three ex-Marines will raise US flag in Cuba, 54 years after lowering it

Washington, United States (AFP) — Three ex-Marines who lowered the US flag at the American embassy in Cuba in 1961 will be back Friday with Secretary of State John Kerry to raise the Stars and Stripes once again.

“I’m gonna love seeing that flag go back up,” said Jim Tracy in a video posted on the State Department website.

Tracy was a Marine sergeant tasked with lowering the flag at the embassy in Havana when the United States severed relations with Cuba on January 4, 1961.

A huge crowd of Cubans had gathered outside the embassy seeking visas to leave the island, then in the throes of a communist revolution.

As Tracy, corporal Mike East and lance corporal Larry Morris marched out of the embassy, the crowd parted and the marines proceeded to bring down the flag, ceremoniously folding it up.

“It was a touching moment,” said East.

On Friday, they will go back to Havana with Kerry to seal the renewal of diplomatic relations embarked on in December by US President Barack Obama and Cuba’s President Raul Castro.

White House spokeswoman Katherine Vargas said the former marines were being reunited “to raise the flag again tomorrow at the ceremonial opening of the US Embassy in Cuba.”

The flag itself will not be the some one taken down 54 years ago, a State Department source said.

Even so, for the now gray-haired former marines the ceremony means the repairing of a breach.

The flag, said Morris, “is coming back to where it should be.”