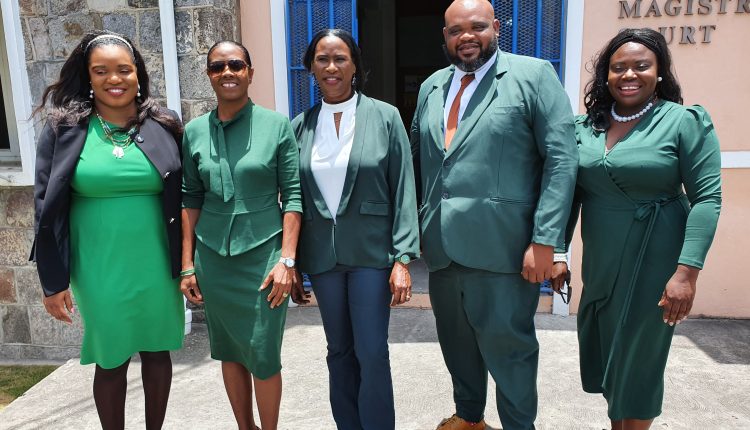 On Tuesday, July 26, 2022, three candidates were nominated by two registered voters each to run on an NRP ticket for the August 05 poll.

Dr. Patricia Bartlette was nominated by Ms. Jaedee Caines of the St. Paul’s district and Mr. Aleisi Phipps of the St. John’s district to contest the Constituency of Nevis 9. The nomination took place at the Magistrate Court in Charlestown and the Returning Officer was Ms. Tricia Williams.

Mr. Rohan Isles was nominated by Mr. Miguel Mills and Ms. Tamerelle Browne both of the St. George’s district to contest the Constituency of Nevis 10. The nomination took place at the David Freeman Centre of Excellence and the Returning Officer was Mr. Kayno David.

Party Leader Dr. Janice Daniel-Hodge was nominated by former Premier of Nevis and NRP Leader Hon. Joseph Parry of the St. Thomas district and Ms. Corrine Hodge of the St. James district to contest the Constituency of Nevis 11. The nomination took place at the Newcastle Police Station and the Returning Officer was Mrs. Ermileta Elliott.

Supporters and well-wishers of the NRP accompanied the candidates to the various nomination sites across the island of Nevis dressed in party paraphernalia followed by a Nomination Day Rally at the D.R. Walwyn Plaza in Charlestown with speeches from the newly nominated candidates.

The NRP candidates expressed confidence that the people of Nevis will give them the mandate to represent them in the National Assembly.