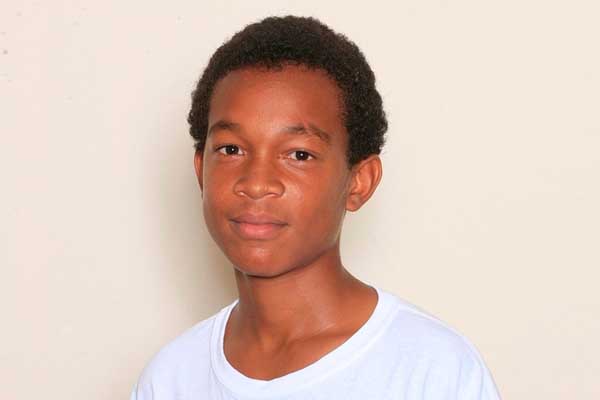 KINGSTON, Jamaica – A stroke-filled hundred from opener Chrystian Thurton powered holders Trinidad & Tobago to a commanding 209-run victory over Leeward Islands in the Regional Under-15 Tournament on Thursday here.

Alphius Bookie and Kevin Sinclair combined to top a handy all-round performance from Nico Reifer to earn Guyana a 46-run win over Barbados, and Dane Edwards crafted a purposeful half-century to upstage powerful half-centuries from Dominic Samuels and Raewin Senior to lead Windward Islands past Jamaica by three wickets.

At Elletson Road: Thurton struck 18 fours and one six in 152 – the first hundred of the tournament – off 141 balls to anchor T&T to a hefty 321 for six from their allocation of 50 overs in their second round match.

Leewards innings closed at 112 for seven in 30.2 overs, after three of their batsmen failed to take to the middle due to injury, handing T&T their second straight victory of the tournament.

Choosing to bat, T&T benefitted from an opening stand of 151 between Thurton and Navin Bedaisee.

But Marcus Duberry made the breakthrough when he removed Bedaisee for 50 from 72 balls including five fours and Jerrilious Louis triggered a period of instability, as T&T wobbled to 181 for four.

Brandon Singh came to crease and ushered Thurton to his milestone, as they shared 110 for the fifth wicket before they both fell in the closing overs trying to increase the tempo.

Leewards started solidly, but Joshua Grant made 46 and was the only batsman to reach 20, as the sub-regional side crumbled against T&T’s steady bowling.

At Melbourne Oval: Bookie was the rock upon which Guyana built a competitive total fo 227 for seven from their 50 overs after they chose to bat with Reifer taking 2-26 from five overs.

Reifer returned to hit 36 and Shian Brathwaite made 45, but Sinclair grabbed 4-38 from his allotted 10 overs to undermine Barbados, who finished on 181 for eight off 50 overs.

At Kensington Park: Samuels cracked three fours and five sixes in an unbeaten 90 from 58 and Senior slammed eight fours in 64 from 85 balls, as Jamaica posted a challenging 255 for seven off 50 overs.

It was the second straight half-centuries for Samuels and Senior, and they shared 115 for the fourth wicket to move the Jamaican innings from the crossroads at 77 for three.

But Edwards smashed 10 fours and one six in the top score of 75 from 78 balls to lead consistent batting for the Windwards and they hunted down their target with three balls remaining.

The Tournament continues on Friday, when Guyana and T&T meet in the top-of-the-table clash at UWI Mona, Barbados face Windwards at Elletson Road, and Jamaica host Leewards at Kensington Park.