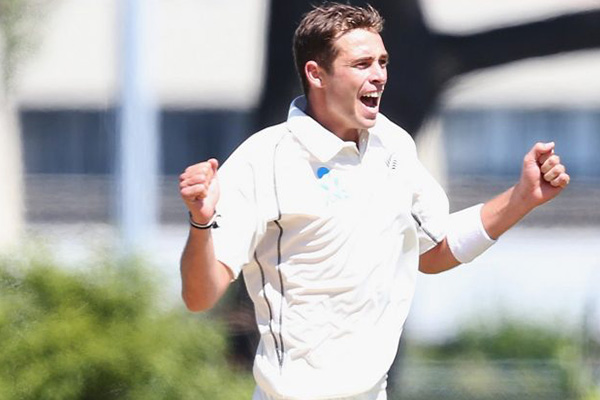 Port of Spain, Trinidad — New Zealand fast bowler Tim Southee has been fined for a Level 1 breach of the ICC Code of Code for Players and Support Personnel during second day’s play in the second Test against the West Indies in Port of Spain.

Southee was fined 30 per cent of his match fee by Chris Broad of the Emirates Elite Panel of ICC Match Referees, after he pleaded guilty to breaching Article 2.1.8, that relates to ‘conduct contrary to the spirit of the game’.

The incident related to Southee’s confrontation with West Indies batsman Kirk Edwards around the 31stover of the West Indies’ first innings, which required the intervention of the on-field umpires.

Commenting on his decision, Mr Broad said: “Southee’s behavior towards Edwards was unacceptable and contrary to the spirit of the game. He disregarded the on-field umpires’ previous warnings and continued to engage with Edwards, which required the intervention of the umpires in the middle of the pitch.

“In doing so, Southee neither showed respect to his opponent nor to the umpires, something which has no place in our sport.”

The charge was laid by on-field umpires Ian Gould and Rod Tucker, as well as TV umpire Richard Illingworth, all from the Emirates Elite Panel of ICC Umpires.