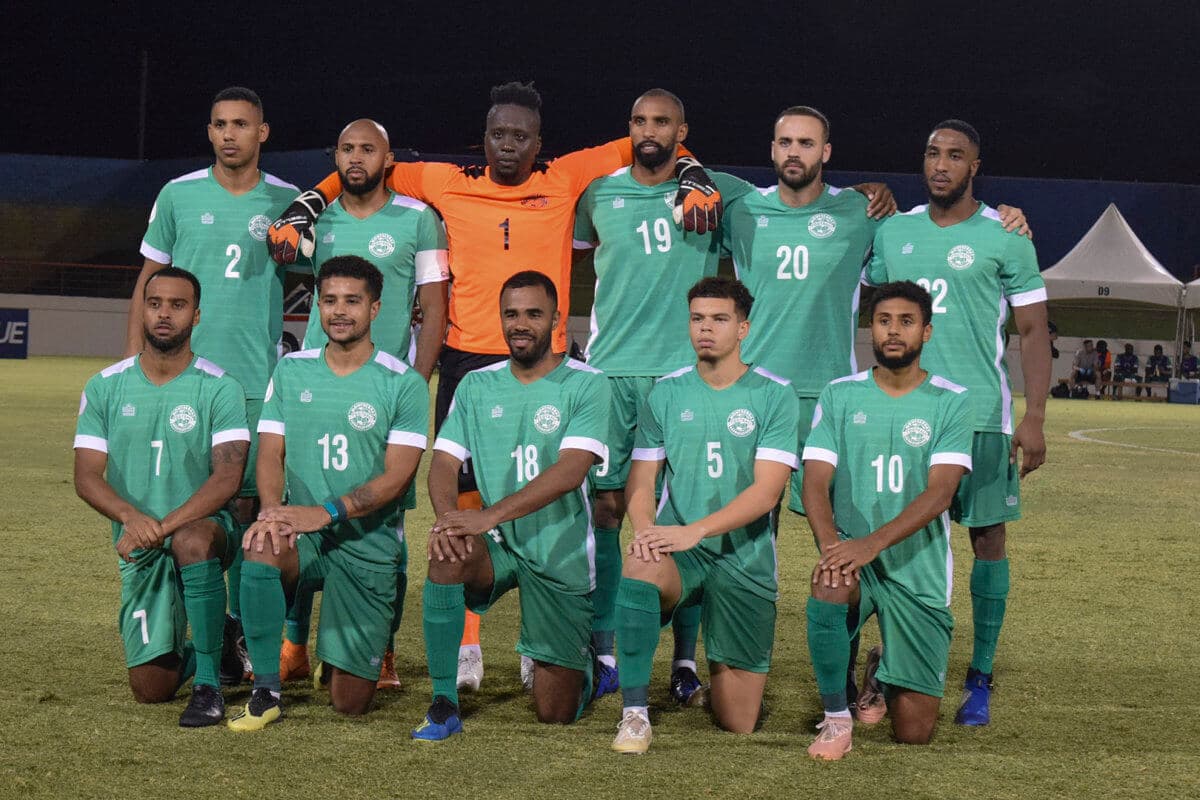 CONCACF says Montserrat has become one of the great revelations in recent years — not just in CONCACAF but all of world soccer.

“The Caribbean island, with a population of nearly 5,000, has become one of the toughest opponents in the region,” CONCACAF said. “And no better example of that was their performance in CONCACAF Nations League Qualifying.”

CONCACAF said that near-miss has made Montserrat “only hungrier,” adding that the island’s play in both League B of the 2019-20 CNL and CONCACAF World Cup Qualifying for Qatar 2022 “suggests that they could be on the verge of something special in the 2021 Gold Cup Prelims.”

Things begin for Montserrat on July 2, when the team tangles with Trinidad and Tobago in the first round.

The Emerald Boys go into the contest after second place finishes in their group in League B of the 2019-20 CNL and CONCACAF World Cup Qualifiers (CWCQ).

Leading the way will be forward Lyle Taylor, who scored five goals in Montserrat’s four matches in CWCQ, including braces in a 2-2 draw at Antigua and Barbuda and in the 2-1 win at Grenada.

“Like always, Montserrat will boast a side that has heavy experience playing in Europe, with 24 players on Head Coach Willie Donachie’s provisional roster hailing from England’s lower leagues,” CONCACAF said.

After being the lone team to win three games in CNLQ and still not qualify for the 2019 Gold Cup, CONCACAF said Montserrat will be “out to take the next step in 2021, beginning with Trinidad and Tobago in the Prelims.”

In the interim, Trinidad and Tobago is banking on mix of youth and experience.

The Soca Warriors are hoping to return to the CONCACAF Gold Cup for the 11th time, “but first they must navigate their way through the 2021 Gold Cup Prelims, beginning with a first-round match-up with Montserrat on Jul. 2,” CONCACAF said.

“In some ways, the encounter with the Emerald Boys represents a fresh start for the Soca Warriors,” it said.

CONCACAF said the Caribbean side were unable to advance past the First Round of CONCACAF World Cup Qualifying for Qatar 2022, prompting a series of changes both at the coaching and player level.

Angus Eve has been called on to serve as interim head coach for the Prelims, and he will be leaning on a group of players, many of whom hail from Trinidad and Tobago’s domestic league, CONCACAF said.

But it said there are a few players who ply their trade elsewhere who could spur the Soca Warriors onto the Gold Cup group stage.

Mid-fielder Kevin Molino, who has 19 international goals, is “back in the mix” and will be helped by the likes of fellow mid-fielders Khaleem Hyland and Joevin Jones, CONCACAF said.

CONCACAF said the 17-year-old mid-fielder is known for his technical ability and physical stature, despite his young age, and has recently been on trial at Major League Soccer (MLS) side New York Red Bulls.

“In the back, Eve knows he can count on the play of DF (defendant) Aubrey David, who is coming off another excellent season with Costa Rican giants Deportivo Saprissa, helping the Monstruo Morado reach the 2020 Scotiabank CONCACAF League Final,” CONCACAF said.

It said Trinidad and Tobago is “a Gold Cup mainstay and one of the few Caribbean sides to reach a semifinal (2000), so the expectation back home will be for this team, which possesses a blend of youth and experience, to make another group stage appearance.”