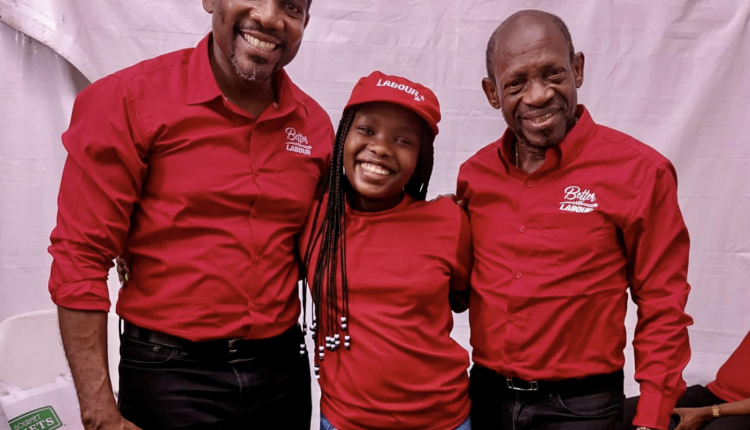 Tourism Workers and Citizens to Benefit from SKNLP’s Proposals

Basseterre, St. Kitts, July 29, 2022 (SKNLP) — Workers in the Tourism industry received great news from Dr.  Terrance Drew, leader of the St Kitts-Nevis Labour Party (SKNLP) at a campaign rally in Tabernacle on July  28, 2022. He referenced the slow season and the difficulties experienced by these workers when hours and  salaries are cut during this period.

Dr. Drew declared, “The St. Kitts-Nevis Labour Party believes strongly that workers in this vital sector deserve  to have a reliable, realistic wage to meet their day to day and week to week family commitments”. He outlined  that the plan involves setting aside a portion of CBI revenues that will augment workers wages during the slow  season. He explained the formula when he stated, “If you were working for $400 a week during the season, we  will monitor occupancy levels and room rates and ensure that in the months where these fall below par, we are  in a position to work with hotels to provide payroll support”.

The mammoth crowd welcomed this proposal in the genuine way it was presented. The SKNLP’s leader  simplified the deal by stating, “We cannot have people working for $400 a week in February and March and  then by May, June and July they are carrying home $175 a week”. He emphasized that Labour will be there for  all citizens of the Federation.

In another extraordinary reveal, Dr. Drew announced that proceeds from the CBI program would be used to pay  two dividends every six months to workers who contribute to Social Security. He stated, “I am all for the large  capital projects that this program is enabling. I am also in full support and appreciative of the contribution it  makes to the national consolidated fund of government. But we believe strongly that if this program is about the  patrimony of the Kittitian and Nevisian people, then each of them should receive a dividend in their hand as a gesture of appreciation for welcoming new citizens to this land”.

Dr. Drew concluded by stating his support for the sustenance of capital projects but endeavoured to ensure that  the average citizens and residents must also share in the spoils of the CBI program. However, he reminded all  comrades and citizens that the only way to realize these new and far-reaching proposals is to vote for all eight  candidates of the St Kitts-Nevis Labour Party.