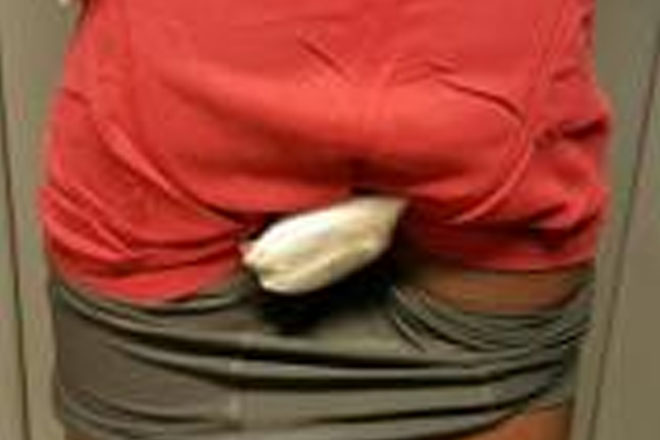 New York, USA — Passengers arriving from the Dominican Republic and Jamaica were arrested by US Customs and Border Protection officers at John F. Kennedy International Airport (JFK) in New York trying to smuggle cocaine into the United States.

On April 20, Romano Zurlini, an Italian citizen, arrived at JFK from Santo Domingo, Dominican Republic, and presented himself for inspection. During the luggage examination, CBP officers noticed his backpack was unusually heavy when empty and its sides were unusually thick.

Zurini was subsequently escorted to a private search room where CBP officers probed the sides of the backpack, revealing a white powder that tested positive for cocaine, an approximate gross weight of 6 lbs. of cocaine was seized.

“This seizure is another example of our CBP officers being ever vigilant in protecting the United States from the distribution of these illicit drugs,” said Robert E. Perez, director of CBP’s New York Field Operations.

On April 16, Romario Lewis, a Jamaican citizen, arrived at JFK from Kingston, Jamaica and presented himself for inspection. During the examination of Lewis’s suitcase, he exhibited numerous signs of nervousness.

CBP officers conducted a physical search of Lewis. During this search, officers discovered two packages in the subject’s groin area. The two packages contained a white powdery substance that tested positive for cocaine. An approximate weight of 1 lb. of cocaine was seized, with an estimated street value of more than $19,000 according to DEA statistics.

CBP officers placed both Zurini and Lewis under arrest and turned them over to Homeland Security Investigations (HSI). They now face federal narcotics smuggling charges and will be prosecuted by the US Attorney’s Office in the US Eastern District Court of New York.

All defendants are considered innocent until proven guilty.