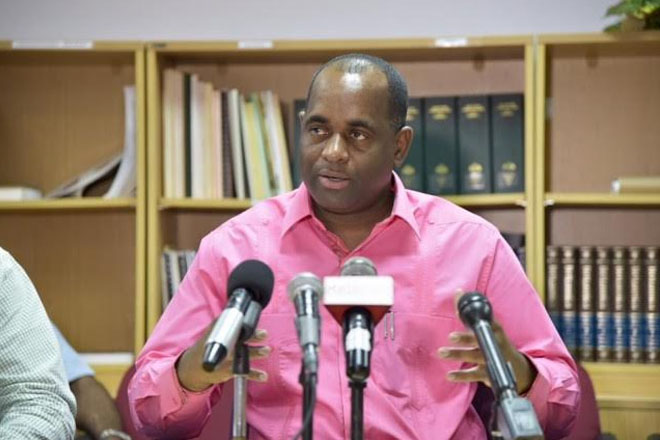 Prime Minister Roosevelt Skerrit has said that there are tremendous opportunities for Dominica in South East Asia.

Skerrit comments came following his recent visit to Asia as he aimed to raise some EC$30 Million for 2015 for Dominica under the Citizenship By Investment (CBI) Programme.

The CBI is an ongoing programme in which Dominican Citizenship is granted to individuals and families in exchange for an investment fee.

According to information on the Dominica Citizenship website, the CBI Programme is not a passport scam.

In fact the website states that the programmme is a legitimate one enacted by law in 1993, which is said to be well regulated and a very credible plan.

According to Skerrit, who was addressing a recent press conference, the response received during his trip to Asia, particularly with regard to the CBI Programme was “overwhelming.”

“There are tremendous opportunities for Dominica in South East Asia. It is an emerging market, huge populations, a well of natural resources and great opportunity for business for Dominica,” he said. “As you know we had the programme since 1993, we continue to promote it; we’ve meet significant changes in the programme over the last year.”

He continued, “People are keen on the product which Dominica is offering and I believe that in the next 6, to 12 to 18 months we will see increased business coming to the Citizenship by Investment Programme from the both fronts.”

Skerrit added that there are two elements of the programme, one has to do with the cash contribution to the country and the other deals with real estate.

According to him the government has approved fully, one project, that is, the breaking ground for the Kempinski Hotel in Cabrits, “and we have several other projects that we will be approving in the next couple of weeks.”

“While the programme is important to us from a financial standpoint, we have to ensure that we continue to maintain the robustness of our due diligence process,” Skerrit indicated. “I said for example that we are acutely aware that the quality of projects approved under our Citizenship By Investment Programme will have an impact on the reputation of our programme.”

He said that the government therefore, welcomes project developers and promoters and stand ready to facilitate them to implement successful projects.

“We are, however, very selective in the approval of projects,” he noted. “Projects must be designed in a manner that will ensure transparency and accountability to both investors and the government and the people of Dominica. The ability for these projects would generate economic activities and create jobs that are sustainable as also key considerations.”

He said the likelihood of completion and success is a critical factor that’s is considered before approving any project under the CBI Programme.

He pledged his commitment to work with all agents, promoters and developers of the CBI Programme to build a world class product.

“I also give the commitment to our partners that we stand ready to work with you to ensure that our program is being used for lawful purposes and not for nefarious activities that can undermine peace and security throughout the world,” he remarked.

Skerrit added, “While we are in dire need of investments and investors we are committed to safeguarding the integrity of the program as well as the reputation of our country and implications of our citizens in the medium and long-term.”