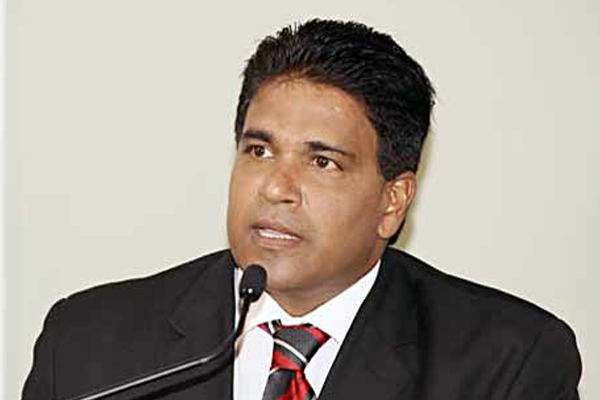 Port of Spain, Trinidad — There will be no backing down on the Constitution (Amendment) Bill 2014. In fact, the People’s Partnership Government led by Prime Minister Kamla Persad-Bissessar herself will hit the ground from today in a bid to educate the people and clear the fears and doubts with respect to the run-off provision of the Bill.

The United National Congress (UNC) will be holding a public meeting tonight in Gasparillo and according to Acting Attorney General and Housing Minister Dr Roodal Moonilal, the Government will show the people how the Bill seeks to strengthen to the democracy and will listen to the feedback.

The Law Association of Trinidad and Tobago, led by Seenath Jairam SC, on Saturday called for the debate in the Senate to be stopped and for the people to be consulted on its provisions. However, speaking to the Express by phone yesterday, Moonilal said that as of now, there is no debate in the Senate on the Bill thereby allowing further discussions on its provisions.

The Bill was laid in the Parliament on August 4 by the Prime minister.

It proposes fixed terms for a prime minister, the right of recall of an MP and the most controversial aspect—a run-off vote—where a second poll will be held in a constituency between the two top parties, in the event candidates do not obtain more than 50 per cent of the vote.<

The Bill was passed on the House of Representatives on August 12 with Government’s simple majority.

COP Ministers Winston Dookeran and Carolyn Seepersad-Bachan voted against the Bill whilst Social Integration Minister Rodger Samuel, a COP member, abstained. The debate on the Bill in the Senate is carded to take place on August 26 where the vote of at least one independent senator is needed for its passage.

Questioned on whether Government will heed the Law Association’s call for the debate to be stopped, Moonilal said there was ample time for further discussion. “Members of the Law Association are free to engage in discussions themselves and to advance any other recommendation they have,” said Moonilal.

Moonilal said Government faces the challenge of treating with the misinformation being put into the public domain about the Bill but remains committed to its policy objectives. “I think the PNM has engendered a lot of hysteria and emotion on this matter,” said Moonilal “The run-off provision is extremely democratic, it gives people the right not to one but to two votes…taken from majority principle and not the principle of plurality, it is putting an end to electoral apartheid,” said Moonilal.

“I think there are elements in the society that are in mortal fear of majority rule,” he added. Moonilal said he attended a function in his own Oropouche East constituency on Saturday and people came up to him to confirm that he supports the Bill and that it will go forward.

Moonilal said the PNM was the main culprit fuelling controversy on the Bill.

“We intend to dispel the doubt and the myths associated with this matter beginning from tomorrow (today) in Gasparillo,” said Moonilal.

He said the People’s Partnership was very clear on its manifesto promise—fixed term limits and right of recall. He said the run-off provision was a corollary to the recall measure.

“We will stand to deliver our promises because if we don’t, the very people who are asking us to debate and postpone and so on they will come and say we haven’t implemented our promises,” he said.

Asked whether consideration will be given to withdrawing the Bill at this time, Moonilal responded, “That matter cannot arise.”

On another note, Moonilal said he and Leader of Government Business in the Senate Ganga Singh will today meet with Senate President Timothy Hamel-Smith to discuss concerns raised by former head of the public service Reginald Dumas. Dumas called for Hamel-Smith to recuse himself from presiding over the debate of the Bill in the Senate as he received an email purportedly sent by Hamel-Smith to some people advising them to endorse having the Bill sent to the Parliament’s Joint Select Committee (JSC).

Dumas said it would be improper for Hamel-Smith to preside having taken a position on the issue. With respect to the debate of the Bill in the Senate, Moonilal said he believes that the independent senators will properly analyse the Bill. “The independent senators are not politicians, they are not concerned with the political landscape and politics, they are concerned with the merit of the Bill and policy, so I’m sure they will exercise best judgement,” said Moonilal.