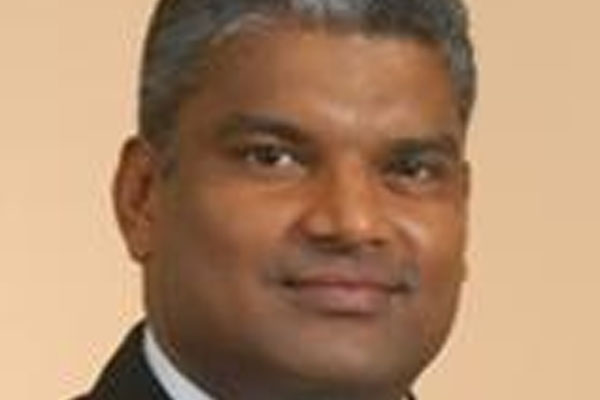 Trinidad and Tobago attorney general called on to step down

Port of Spain, Trinidad — Attorney general of Trinidad and Tobago Anand Ramlogan remained in office over the weekend, even as calls continued for him to resign.

But the question remains if he will be fired or resign shortly, as Prime Minister Kamla Persad-Bissessar is expected to make an announcement on Monday.

The Law Association of Trinidad and Tobago (LATT) on Friday joined the chorus of calls for Ramlogan to resign.

The association, which has a tendency to remain reticent with respect to controversy, issued a brief, one-page release, following a meeting with its executive on Friday morning.

The meeting was chaired by LATT vice-chairman Gerry Brooks.

The release stated: “It is the view of LATT that the police investigation into the conduct of the attorney general has the ability to adversely affect and undermine the public perception of and confidence in the Office of the Attorney General. In the circumstances, it is LATT’s considered view that Mr Ramlogan SC must forthwith step down as attorney general.”

The probe by police arises out of allegations made by director of the Police Complaints Authority (PCA) David West that Ramlogan requested that he withdraw a witness statement in a defamation matter involving opposition leader Dr Keith Rowley and Ramlogan.

On Thursday, West made an official police complaint and submitted a signed statement of his claims.

Shortly after the statement was delivered to police, the Trinidad and Tobago Police Service issued a media statement, announcing the commencement of a probe.

Ramlogan, who is titular head of the Bar, then issued his own media release, calling on the investigation to commence with haste, repeating the allegations against him are untrue.

LATT, in its release, also expressed concern over the allegations.

“The Law Association of Trinidad and Tobago (LATT) notes with grave concern the recent allegations by Mr David West, director of the Police Complaints Authority (PCA), and the launch of a criminal investigation by the Commissioner of Police (Ag) Mr Stephen Williams. This investigation concerns the allegations of an attempt to pervert the course of justice made against the attorney general of Trinidad and Tobago.

“To prevent erosion of confidence in the Office of the Attorney General, LATT urges that the investigations which have been embarked upon by the Police Service of Trinidad and Tobago be conducted thoroughly and expeditiously, in the interest of the national community.

“Once the investigations are completed, any and all appropriate legal steps should be taken thereafter with due expediency. LATT makes no comment on the innocence or guilt of the attorney general and awaits the outcome of the police investigation.”

This is not the first time that LATT has called on an attorney general to demit office.

On July 1, 2011, then attorney general John Jeremie was severely censured by members of the Bar who, at a specially convened meeting at the Hall of Justice in Port of Spain, considered and passed a no-confidence motion against him.

When the motion was proposed, it was supported by then Congress of the People (COP) deputy leader Prakash Ramadhar and then political leader of COP Winston Dookeran, both of whom had called on Jeremie to resign.

Following the motion, Jeremie offered his resignation to then prime minister Patrick Manning.

Manning refused to accept the offer by Jeremie and expressed his full confidence in Jeremie to perform his duties. Manning had also said he was satisfied the resolution was “politically motivated”.

In 1983, then attorney general Russell Martineau SC tendered his resignation to then prime minister George Chambers, who refused to accept it after LATT passed a similar resolution.

Since the witness-tampering allegations were reported exclusively in last week’s Sunday Express, Ramlogan has been sending out WhatsApp messages with links to the Trinidad Express website poll question, which asked: “Are you satisfied with the performance of Attorney General Anand Ramlogan?

Up to Friday afternoon, several individuals, inclusive of journalists, had received the request to vote.