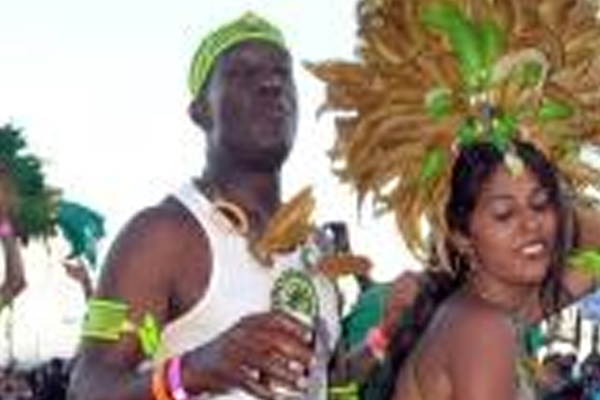 Port of Spain, Trinidad — Photographs of the opposition People’s National Movement (PNM) political leader Dr Keith Rowley chipping along the road with a woman on Carnival Tuesday in Trinidad, became the topic of heated discussion on social media sites on Tuesday.

Anti-PNM activists called on Rowley to explain why an aspiring prime minister would be seen with a woman other than his wife, Sharon.

Rowley played mas with in San Fernando with Ivan Kallicharan’s band Bazodee. He was among revellers in the section “Landslide”.

Rowley was captured by Express photographer Trevor Watson, dancing with an unidentified woman as he paraded through the streets of San Fernando.

But the photographs, posted on social media site Facebook, angered many who complained that the PNM leader had stained his character ahead of a general election.

The criticisms, however, were countered by those who believed that Rowley had done nothing wrong.

Rowley declined to comment when contacted by the Express on Wednesday.