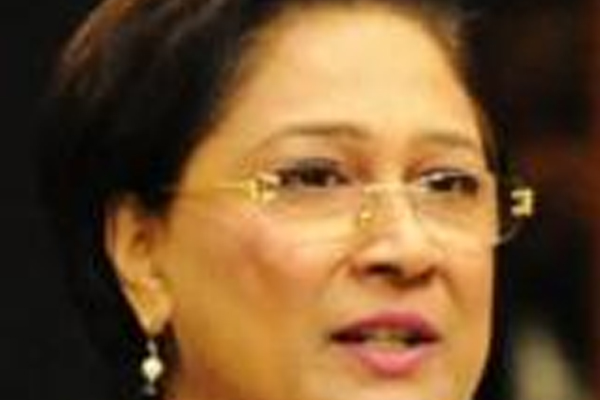 Trinidad and Tobago PM seeks to bring back hanging

Port of Spain, Trinidad — Trinidad and Tobago Prime Minister, Kamla Persad-Bissessar, announced on Friday that her government will again be seeking to reintroduce the “hanging bill” next year, even though it was defeated in Parliament four years ago.

Persad-Bissessar said the number of murders in the country was “too high” and she would ask Cabinet to reconsider the death penalty.

She spoke to reporters during her annual toy drive in her constituency, where she distributed toys, calendars and mugs to her constituents.

“We have brought down serious crimes but the murders still remain too high and, therefore, I want Cabinet to reconsider the death penalty and take that legislation to Parliament,” the prime minister said.

“In early next year, I will ask the (attorney general) to bring it to Cabinet. We will consider it at the Cabinet level, then we will take it back to the Parliament when it resumes next year. We have brought serious crimes down, but homicides, murders, still remain high. Therefore, we are continuing with our initiatives and the hanging bill. We will take it back to Parliament,” she said.

Almost four years ago, in February 2011, the “hanging bill” failed to secure a majority vote in the House of Representatives.

The bill was defeated 29 for, 11 against, after the opposition People’s National Movement (PNM) did not support the bill.

The bill required a three-fourths majority.

Persad-Bissessar explained the death penalty has proven to be a deterrent in the murder rate in other countries, and she will be seeking support from the opposition PNM again.

“In other parts of the world, it has shown that there is a great deterrent effect. Research shows us empirical data that there is a reduction in murders once you have an effective death penalty. On the last occasion, the opposition did not support us but I think they must also be concerned with the high level of murders, homicides. But we seek their support again,” she said.

The prime minister said crime was one of three high priority areas which her government will focus on next year. The other areas were health care and reducing food prices.

“I had a two-hour meeting with (Minister of Finance Larry Howai) for us to look at projects which we can safely put on the back burner and which ones we should put on the front burner.

“We have agreed that the social services programmes will remain; national security and health services are also high-priority areas. We are working to complete the Couva Children’s Hospital and to begin work on the Point Fortin Hospital, and have some enhanced health facilities elsewhere. Those are projects we have agreed we will not cut,” she said.

On reducing the prices of oil, rice, sugar and flour for the Christmas season as she did for Eid and Divali, the prime minister said it was a measure needed even more this season.

“We need it even more for Christmas because every single citizen, regardless of religion, celebrates Christmas in our country. The feedback has been very good. (Friday) was the first day and people are taking advantage of the discounts. Minister Bharath, who is responsible for (National Flour Mills) has assured me that there will be full accountability.

“The drain on the state coffers is not as great as people imagine it may be. We have thought of doing it year-round but then it will not be a special something. We will not be able to afford to do it year round,” said Persad-Bissessar.