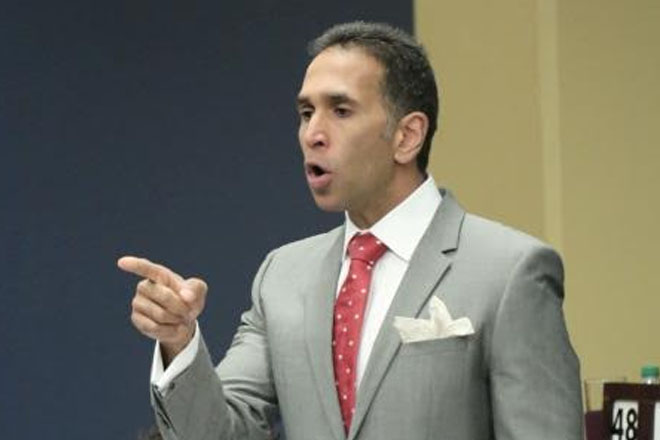 Shortly before an initial deadline expired at 4 pm on Wednesday, in a letter to Chief Magistrate Marcia Ayers Caesar, counsel for the attorney general stated that Al-Rawi, who took up duties this week after being sworn in last Wednesday, needed additional time to consider a request from Warner’s attorneys that was refused by his predecessor Garvin Nicholas.

Ayers-Caesar was asked to extend the deadline to Monday morning, when Warner is scheduled to reappear before her.

If the application for an extension of time is refused, Ayers-Caesar will apparently have to quash the proceedings against Warner and return his passport, which was seized when he was granted bail after being detained on a provisional warrant in July. The US will then be forced to restart the process.

Warner, 72, was indicted in May on 12 charges of fraud, racketeering and wire fraud. The offences are alleged to have taken place in the United States, Trinidad and Tobago’s and other jurisdictions between 1990 and when Warner resigned from FIFA in June 2011.

He is one of 14 former executives of world football’s governing body who were indicted on a series of charges in an ongoing investigation into corruption in football conducted by the FBI and the Department of Justice.

Warner surrendered to police in Trinidad in May after a provisional warrant was issued for his arrest.

There have been persistent reports from Port of Spain that Warner made a deal with the then opposition People’s National Movement (PNM) to block his extradition in return for his assistance in successfully bringing down the former government at the general elections on September 7th.

According to a senior American intelligence source, US authorities are watching the progress of Warner’s extradition process very closely and, if there is any indication of deliberate delay on the part of the new government, will take appropriate action.

Speaking at a press conference in Zurich, Switzerland, on Monday, US Attorney General Loretta Lynch said that, based on new evidence in the massive FIFA corruption scandal, she anticipates “pursuing additional charges against individuals and entities”.