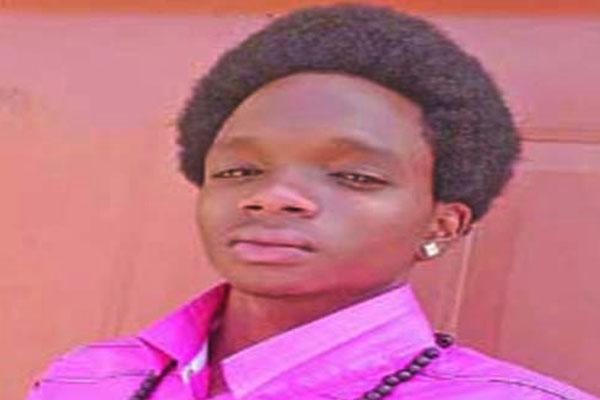 These were some of the words used by friends and relatives after hearing of an incident in which a 17-year-old boy, Ricardo Mohammed, appeared to have been accidentally killed by a policeman.

The incident took place when the officer’s firearm discharged during a party in Chaguaramas early yesterday morning.

His death caused mixed emotions at Cuthbert Circular Road in Petit Valley, where he lived, with some residents calling for a proper investigation into the incident, while others said they were considering taking protest action.

“But if we protest, what is it going to do? Still nothing will come out of this whole incident,” a resident said.

It was around 5.30 a.m. that Mohammed was shot once to the chest. He was pronounced dead minutes later while being taken to hospital.

Senior police sources said, just before the incident, officers who were on duty at the party, which was being held at the Chaguaramas Military Museum, noticed two men and a woman smoking marijuana. The officer, they said, approached the trio and took away the drugs.

This resulted in one of the men continuously following and taunting the officer before pulling the officer’s firearm from its holster, said investigators.

In an attempt to regain possession of his firearm, police said a struggle ensued between the officer and the man, causing the firearm to accidentally discharge, hitting Mohammed, who was with friends some distance away.

Residents, however, disputed parts of the police’s version of what had transpired. They said they were told by eyewitnesses the officer had arrested the man after finding him with the drugs in his possession, but he was not placed in handcuffs.

While escorting the man through the crowd, he escaped, causing the officer to pull out his firearm and open fire on the man. The officer missed his target and instead shot Mohammed, they claimed. The escaped man still has not been caught.

Speaking with the Express at his home yesterday afternoon, Mohammed’s father, Ricky Mohammed, said he woke up yesterday morning to the news of his son’s death. He said even though the boy loved to party he was also church-going.

“But he loved to party more than he loved church. I used to keep talking to him about that, but I thought that later on the situation would have changed and he would have kept closer to the church more than anything else. It is really shocking to wake up to this kind of news. It is not nice news to wake up to, and knowing my son doesn’t drink or smoke and he just went to a party and now it’s like he was just in the wrong place at the wrong time,” he said.

The elder Mohammed said it was only following yesterday’s incident that he was told by residents that, some months ago, his son had a run-in with the same officer who allegedly told the boy, “You will die soon with the rate you are going.”

He said his son, who would have turned 18 next month, only recently graduated from secondary school and was looking forward to getting his driver’s permit next week.

On the issue of police killings, he said there would be circumstances when the police may be justified but he asked what relief his family would get given the circumstances surrounding how his son was killed.

“Those police officers should really check up on themselves because there is a lot of them who have a family and they would like to see their family grow. It is the same way we have family and we want to see our family grow, too, and be with us, but you just going around and taking other people’s family members from them,” he said.

As he remembered his son, Mohammed said: “He was constructive. He was working and stuff so that was nice. It is sad to say that he is gone but his family here won’t forget him. We will keep him inside of us because he is a part of us.

Contacted for comment on the incident yesterday evening, acting Police Commissioner Stephen Williams said he had not been furnished with the information surrounding the shooting.

Williams said he knew there was an incident in Chaguaramas yesterday morning, but was unaware of the facts. In this regard, he said he was unable to comment on the issue until he was fully furnished with the details of what had taken place.