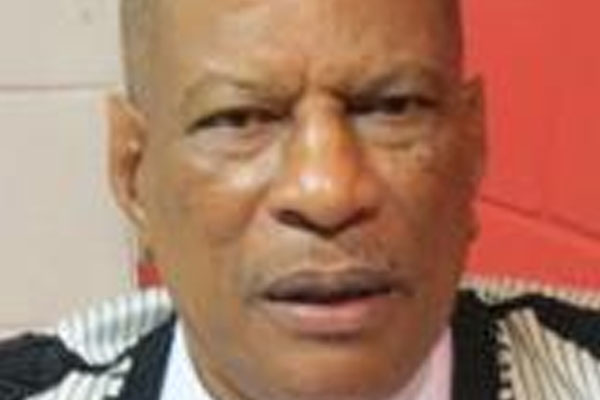 Port of Spain, Trinidad — Leader of the Jamaat-Al-Muslimeen group in Trinidad and Tobago, Yasin Abu Bakr, who staged a violent, unsuccessful coup attempt in 1990, sat immediately beneath a sign at his Mucarapo Secondary School that read: “Islam is the way” when he told the media, “It was the first time I had visited Jamaica.”

Abu Bakr admitted he was rescued by Trinidad and Tobago’s High Commissioner to Jamaica, Dr Iva Gloudon, when he was detained at the Norman Manley International Airport, after being denied entry into the island last Wednesday.

On arrival in Jamaica, the Jamaat Al Muslimeen leader said he was unceremoniously escorted into a room where he was informed that he and his family were considered a threat to national security.

Abu Bakr told Caribbean News Now his son Fuad Abu-Bakr, who is a lawyer, stood up to the officers and told them he is a lawyer who knows his rights. The officers then allowed his family to enter Jamaica but detained Abu Bakr and deported him back to Trinidad and Tobago.

“They cited CARICOM Agreement 4(1) as the reason for detaining me, but up to now no one could explain what that is,” Abu Bakr said at a news conference last Friday.”

And now, the Imam says the Caribbean Community (CARICOM) must make a statement on his detention and deportation from Jamaica.

He repeatedly insists that he visits Grenada, Trinidad and Tobago’s nearest neighbouring island, without any harassment and he is demanding CARICOM explain its policy on such matters meted out to CARICOM nationals by other CARICOM countries.

Further, Abu Bakr told the media that a third of the students at his Mucurapo Secondary School are CARICOM nationals from Grenada, St Vincent and the Grenadines and Guyana.

Ironically, the Imam says several Jamaicans are part of his workforce and he described them as excellent workers who he will stand up for anytime.

“I never said a thing about Jamaicans; I have Jamaicans working for me, they work hard, they not sucking the economy,” Abu-Bakr chided in response to Trinidad and Tobago’s national security minister Gary Griffith, who said the Jamaicans are a drain on his country’s economy.

In fact, Bakr thinks it is mainly the Bangladeshis and the Chinese in Trinidad and Tobago who are draining the economy.

Explaining the circumstances which led to him being returned to Trinidad on a private flight, Bakr said: “I was first placed on a seat at the back of the flight on which they wanted to send me, but I objected. I am 6’4″ tall and I had first-class tickets because of surgery on my leg. The flight was delayed because they went to and fro with the pilot, who said that he could not bump off his passengers to accommodate me in first class.”

It cost the Jamaican government US$36,000 to deport the Imam.

“He told them he had people on board with connecting flights in St Maarten and Barbados and they took me off to prevent further delay. I was returned to a holding bay, where eventually Dr Gloudon arrived and insisted on better care for me because I am hypertensive and my blood pressure went sky high because of the anxiety,” the 73 year old Imam explained.

“I was originally due to leave on the private jet at 7 pm but that was delayed until 3 am the following day,” Abu Bakr said.

Griffith denied that Bakr’s detention was a tit for tat issue.

The Jamaican officers stamped an X on Bakr’s passport and he was accompanied home by a senior policeman and two members of the Jamaica Defence Force.

With a smirk on his face Abu Bakr said it seems Jamaica took him for the ISIS leader, “Bakr al-Baghdadi, but I am Abu Bakr al-Trinidadi.” He wondered why Nation of Islam leader Louis Farrakhan remained silent on his detention issue. Farrakhan visited Jamaica to commemorate the anniversary of the Million Man March last Saturday, which Abu-Bakr was invited to attend.

“I must be more dangerous than Farrakhan” Bakr, as he is popularly called, said.

Caribbean News Now asked Abu Bakr. if Jamaica said they detained him and was sending him back because he was deemed a national security threat, why then did Jamaica ask Trinidad and Tobago to pay the air fare to jet him back to the twin island.

With chuckles all over his face, Abu Bakr repeated as he did during the news conference: “I don’t know, it was a good flight, I was very comfortable; they were good to me, I enjoyed it,” much to the amusement of the Trinidad and Tobago media contingent.

All this after the Imam revealed to the media that he was fully aware of discussions being held between the authorities of both Trinidad and Tobago and Jamaica and they were negotiating which country should pay to send him back.

The last major such insult to CARICOM was Barbados’s cavity search of Jamaican Shanique Myrie who took the Barbadian authorities to court and won the case in the Caribbean Court of Justice (CCJ).

It was only last year, the Trinidad and Tobago authorities deported 12 Jamaicans back to their homeland, with the authorities citing that the travelers could not state appropriate reasons for their entering the country.

But this matter concerning Abu Bakr, he told the media: “With this matter, CARICOM mash up; what threat am I to Jamaica, I mean, really.”

Abu Bakr said he is still deciding whether or not he will take legal action in the matter.