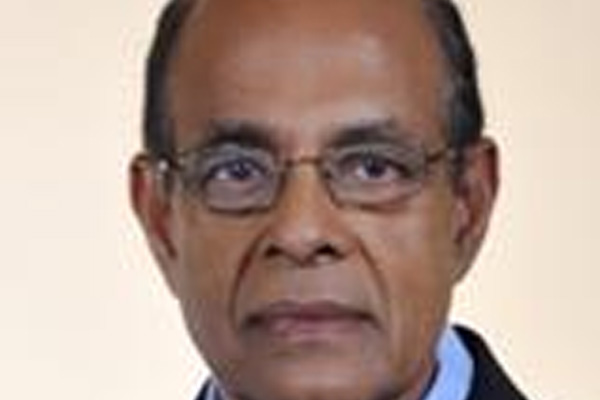 Port of Spain, Trinidad — Following a report last Monday by Caribbean News Now that that laptop computers supplied by the Trinidad and Tobago government to local schoolchildren have been found to contain “spyware”, education minister Dr Tim Gopeesingh said the government has not installed any spyware devices on the 75,000 laptops it has issued to Form One students over the past four years.

“There has never been any time that we have ever installed any area close to anything like spyware or malware,” Gopeesingh said last week at a post-Cabinet news conference, apparently missing the point that the computers in question probably came from China with such software already installed without the government’s knowledge.

However, he also dismissed suggestions something may be wrong with the computers, claiming it is only one reported case. He also expressed surprise the report was made to the media and not to the ministry as was required with any irregularity and that unauthorised installation of software to the state’s property was undertaken.

Gopeesingh said they intended to retrieve the laptop and conduct their own investigation as each unit was equipped with firewall, anti-virus and anti-theft devices.

Although the existence of potential security issues in relation to computers supplied or donated by foreign governments has been reported on a number of previous occasions, the first indication that something specific had been discovered through testing came last weekend in a letter to the editor from Julien Dedier, the chairman of the board of directors of the Trinidad and Tobago Amateur Radio League (TTARL).

Dedier said he discovered the spyware while investigating a problem on his daughter’s government-issued laptop.

In a follow up letter to the editor, Dedier confirmed that the ministry of education did contact him and a meeting is anticipated on Monday or Tuesday to pursue the matter.

He also lists a number of other instances where problems have arisen with the government-supplied laptops.

Meanwhile, concern has also been expressed in Saint Lucia, which received 3,300 Chinese-supplied Lenovo Thinkpad laptops from the Trinidad and Tobago government as part of a government-to-government agreement.

Veteran Saint Lucia educator, Dr Virginia Albert-Poyotte told local media that she had spoken with the president of the Trinidad and Tobago Unified Teachers Association (TTUTA), who confirmed that the TTUTA had been called on to investigate the matter and quoted him as saying that the issue would be discussed with his executive.

“Just checking on the information I received it looks like it is a big operation that allows access to confidential information so this is a matter of concern if the computers have spyware,” Poyotte said.

The issue of electronic espionage and surveillance has made headlines worldwide over the last year or two, with the latest revelation last week that a number of phony cell towers known as “interceptors” were discovered around the United States during the month of July, most near US military bases.

Interceptors are designed to look to a typical phone like an ordinary tower, but once a phone connects with the interceptor, a variety of over-the-air attacks become possible, such as eavesdropping on calls and texts to pushing spyware to the device.

Standard towers by the major carriers will have a name, whereas interceptors often do not and also force the latest phones from 4G down to 2G, a much older protocol that is easier to de-crypt in real-time.

It is not known at this time whether such towers may be in place in the Caribbean.