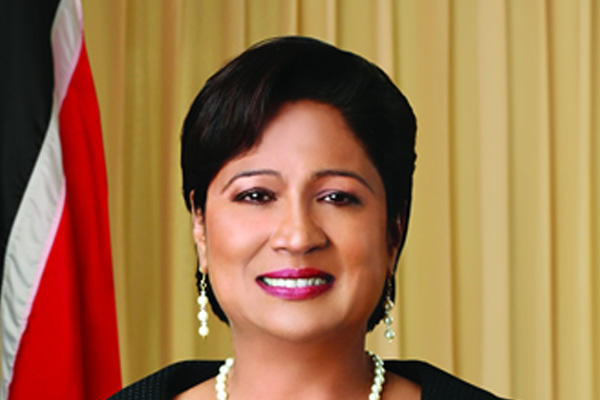 PORT OF SPAIN, Trinidad (CMC) – Trinidad and Tobago will celebrate its 52nd year of political independence from Britain over the weekend with the coalition People’s Partnership Government assured of its plans to amend the constitution paving the way for how future parliamentarians are elected.

The Senate late Thursday night followed the Lower House earlier this month and approved the Constitution Amendment Bill by an 18-12 margin that provides for a two-term prime minister, the right to recall legislators and perhaps the most contentious, the need for an elected candidate to obtain 50 per cent of the votes in a general election or face a run-off.

Prime Minister Kamla Persad-Bissessar who had earlier indicated she was prepared to face “political suicide” in getting the legislation approved, had to garner the support of three of the nine independent legislators to ensure approval, after the main opposition People’s National Movement (PNM) stood its grounds insisting that there bill needed a special majority and there was also need for more public consultation on the matter.

But as she ended the three days of debate on the legislation, she dismissed critics of the bill as that “one lone voice crying like a wolf in the wilderness”, telling legislators “I’m prepared to face political harakiri – suicide – because I trust the people of Trinidad and Tobago”.

She said this is the “first time a Government has moved from promises to a concerted effort” towards constitutional reform, saying that the promise to change the constitution had been outlined in the manifesto of the coalition government ahead of the 2010 general election.

She also hinted that her coalition administration, which faces a general election next year, would bring legislation for a fixed date for general elections in the twin island republic.

Earlier, some independent legislators, such as Anthony Vieira called on the government to withdraw the Constitution (Amendment) Bill 2014, noting that he had prayed “for clarity of thought” and “for the power to bring sense and reasoning” in the debate on what was “no doubt…one of the most controversial pieces of legislation” to come to the Parliament.

Vieira said the provision for the recall of non-performing legislator was the proposal which had caused him the “greatest anxiety” and that no grounds were needed for a recall application to be made to the Elections and Boundaries Commission (EBC).

“Once the numbers are there, the petition for recall must be initiated and to my mind such a provision may be open to abuse. One has to question whether on balance the recall provisions will really make MPs accountable to their constituencies or whether we will be in effect emasculating them,” he said.

But in approving the legislation, the Senate accepted several amendments, including one moved by Independent Senator David Small, who later voted with the Government in passing the bill,  to raise the threshold from 10 to 20 per cent for a recall application to be approved by the Elections and Boundaries Commission.

Another Independent Senator Dr Dhansayar Mahabir, who during his contribution had signalled his intention to support the Government once certain amendments were made, got the nod to change the original plan for the run-off that would have only included just the two top finishers.

Mahabir successfully argued that there was need for a third candidate where that person would have secured 25 per cent of the vote or where the third candidate obtains vote amounting to five per cent less than the second runner-up.

The Senate conceded that the new amendment would result in the country’s electoral system being a hybrid one which mixes the majority system, which the run off system was originally meant to achieve, with a plural system.