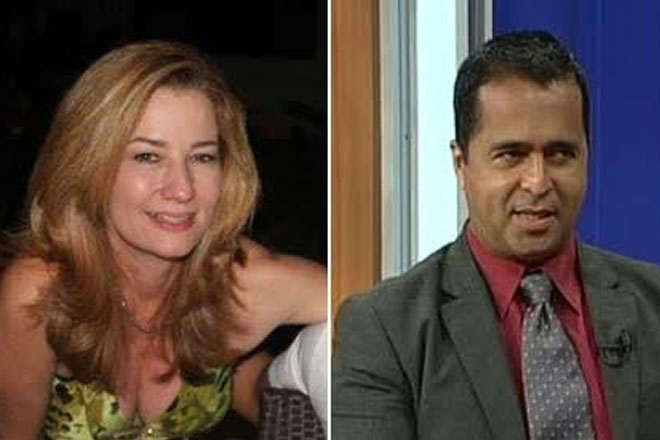 Port of Spain, Trinidad — Phillip Alexander, a candidate for the Diego Martin West constituency for the new “Third Force Movement”, has taken issue with the Media Association of Trinidad and Tobago (MATT), accusing it of hypocrisy and political bias.

According to Alexander, MATT is calling for tougher laws against those who they say “cyber bully” journalists, but is mute and silent on journalists and media houses taking liberties with people’s reputations, publishing unauthenticated speculation and outright untruths.

“TV6 ran a third hand interview between discredited Jack Warner and an unverified ‘recording of a voice’ that scandalised the prime minister in the worst way, and when challenged by the very person whose voice it is alleged to be, who insists that the entire thing is a fabrication and untrue, the reporter then scandalises HIM and alleges that he was ‘paid off.’ Now how is that a level playing field?” he said.

According to Alexander, someone posted on social media that “Jack Warner aims, but TV6/Express pulls the trigger.”

“How far is that from reality?” Alexander queried.

“I would like to again call on Francesca Hawkins as head of the Media Association to do everything in her power to rein in errant and rogue journalists and enforce a code of ethics among the fraternity, before this goes too far, if what she and they want is an environment where journalists are respected by the wider community,” he said.

Alexander noted that using the “free speech enshrined in the Constitution as a whip against the people is not why that freedom exists, and while shock and scandal brings viewers and sells papers, it exerts a heavy price on the public’s perception of media as a whole and on the reputations of the journalists themselves.

“I would also like to remind social media users to refrain from thuggish behaviour, that they can be strong without being disrespectful or threatening, and that the use of violence or threats of violence and racist slurs solves nothing and in the end only makes things worse.”

A journalist, who was turned down for a job in the state sector, is reportedly at the centre of the anti-government statements from MATT.

The journalist prompted a MATT statement recently, claiming that cyber-bullying was taking place in government-owned media.

However, according to the Voice newspaper, a couple of years ago, that journalist sought to be employed in an important public sector post but did not make the grade.

Close associates say the journalist has since been bitter toward the government.

MATT last week made an issue of criticisms levelled against certain “investigative journalists” by a presenter on a government-owned radio station.

But the association has not spoken out on an assertion by government minister Dr Roodal Moonilal that there is “structural bias” at the Trinidad Express newspaper, with eight anti-government columnists.

The body has not commented on repeated revelations of inadequate research, biased editorials and commentaries, screening of letters to the editors and the sensationalising of unfounded allegations from opposition politicians.

MATT has also not commented on the slanderous nature of several radio talk shows, some of which incite divisiveness and promote racism.

Other unanswered questions relate to the role of the Trinidad Express and its staff in local politics, especially opposition interests, and the nature of Barbados-based Sir Fred Gollop’s interest or agenda in the politics of Trinidad and Tobago that he should allow the media group of which he is the chairman to defame and assault local politicians and media workers with untruths and fabricated stories.

Gollop is the chairman of ONE Caribbean Media Limited, the regional media organization under which Caribbean Communications Network (CCN) and the Trinidad Express fall.