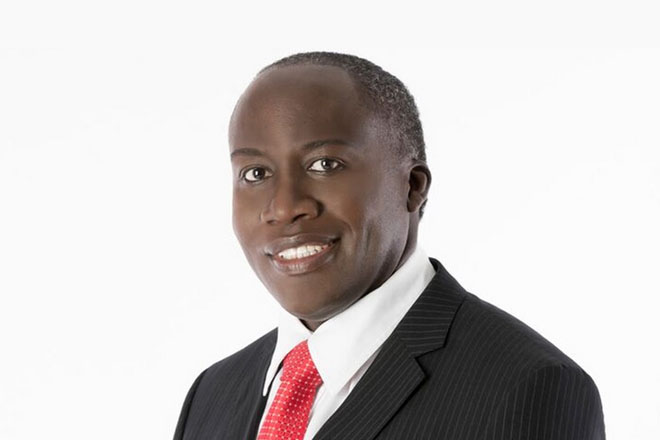 Cuffie noted that the former People’s Partnership (PP) coalition administration spent $90 million (US$14 million) on state media at CNMG, GISL and the Parliament Channel. This was the figure up to early last week, he said. Late last week, Cuffie discovered that an additional $80 million was spent on GISL alone.

Cuffie said there was “sheer wastage and corruption in the PP’s communication division, whether in the prime minister’s office or Trade Ministry.”

The former CEO of GISL under the past People’s National Movement (PNM) administration, Cuffie said GISL has spent twice its budget over the PP term than when he left it and its wage bill increased by 26 percent annually, “…with the feeding at the trough by friends, family, boyfriends and girlfriends of PP members, and high PP officials…”

Cuffie said internal auditors expressed concern about breaches of tendering policies, procedures for election, overriding of controls, non-adherence to rules including those for advertising vacant posts, staff budgets regarding freelancers and getting value for money issues.

He said a former Congress of the People (COP) chairman was paid $200,000 to do a communication plan for GISL, and it was later found to have been plagiarised from the Internet from a province in Canada. It was rejected by the ministry. But the person refused to return the payment.

Cuffie claimed GISL’s Project Icon, comprising video clips of PP ministers speaking, cable ads and electronic billboards, was a “con job” done by a man who “had a way with words” and who was the beneficiary of $15 million.

He claimed the project was called a strategic plan but was really a costly means to “enrich a few” through which the PP hoped to get re-elected. The Project Icon programme was meant to include the use of 500 screens and the service providers were paid in full, although only 50 screens were installed, Cuffie claimed.

“It was a haven for PP supporters. Party hacks were also paid $1.2 million to go on air as part of the No-Rowley campaign,” he added.

The No-Rowley campaign was part of a re-election strategy run by Cecile Ablack, a communications and public affairs strategist based in California, who earlier this year ran a successful online and digital media campaign for British Prime Minister David Cameron and his Conservative Party.

The Trinidad campaign, however, included a controversial and probably counterproductive website www.norowley.com, which was originally registered by a Peter Loving of Front Digital in London but the public record was later changed to a “Domains by Proxy” private registration.

Former CNMG CEO Ken Ali, who was recently fired by the new PNM government along with other contract employees, said Cuffie misrepresented “…several things in his contribution.”