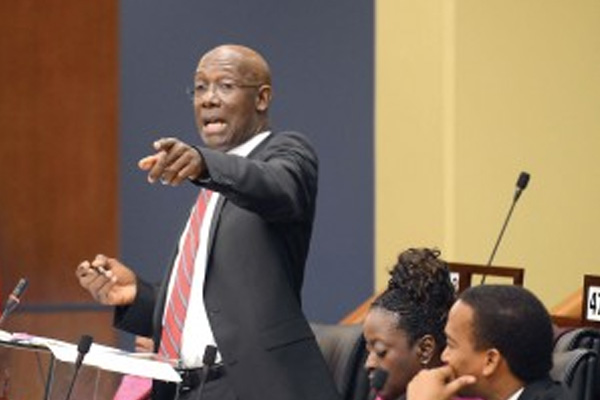 Port of Spain, Trinidad — A motion of no-confidence against Trinidad and Tobago opposition leader Dr Keith Rowley will be debated on Wednesday.

Speaking to reporters on Saturday, Housing Minister Roodal Moonilal said, “On Wednesday at 1.30 pm we will debate motion number six on the order paper, which is the motion of no confidence in the leader of the opposition.”

At a UNC Monday night meeting three weeks ago, Prime Minister Kamla Persad-Bissesar said that a motion of no confidence will be filed against Rowley in Parliament for his failure to disclose that David West, who became head of the Police Complaints Authority, was a witness for him in a defamation case against him filed by former attorney general Anand Ramlogan.

West has alleged Ramlogan attempted to get him to remove his witness statement in the defamation case against Rowley.