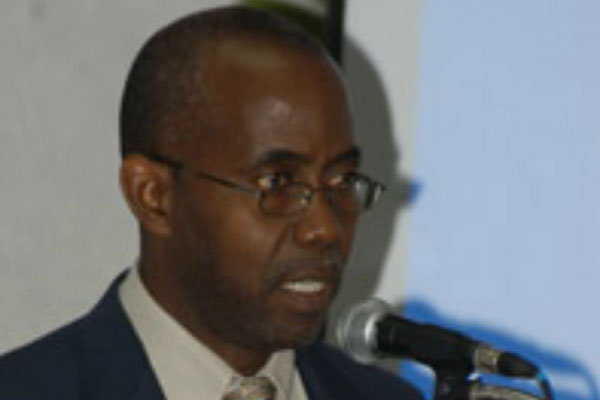 Port-of-Spain, Trinidad — ECONOMIST Gregory McGuire said last night it was his belief Prime Minister Kamla Persad-Bissessar failed to level with the public in her address to the nation on falling energy prices and its possible impact on Trinidad and Tobago’s heavily energy-dependent economy.

McGuire said his initial reaction to Persad-Bissessar’s address was there had been an overarching lack of detail, a bid to make the population more comfortable in a time of crisis and an opportunity to deliver a “platform statement”.

He said he was yet to study Persad-Bissessar’s address, but his first impression was the PM failed to provide much-needed detail that would truly convince the population of this country’s ability to navigate on a lessened income.

“We still don’t know where the cuts will come from,” McGuire said when contacted last night, minutes after the conclusion of Persad-Bissessar’s live speech to the nation.

“Really, we are left, at the end of the day, still not clear about what the Government is going to do.

“She also seized the opportunity to make what I think was a platform statement.

McGuire said Persad-Bissessar should have gone into detail when she announced Government’s plan to place Phoenix Park Gas on the public market and should have projected the expected revenue and when it could be expected.

“I think that the Prime Minister’s statement really lacked detail,” he said.

He also noted a lack of mention of the current price being paid by citizens who use premium gas at the pumps and said given prices at this time, customers were now paying a tax of over a dollar per litre.

“The price is way above what it really ought to be, given what the price of oil is now,” McGuire said.

Persad-Bissessar should also clarify which and how many State projects yet to receive funding were mentioned in the September deli¬very of the 2014-2015 budget, given her remark funding for those projects would be deferred.

Persad-Bissessar also mentioned in her address last night her Government had turned around the economy it inherited in 2010 when the People’s Partnership swept the polls.

McGuire said the fact remained the economy had shown nominal growth in one year and has, for the rest of the time, survived but not expanded and remained “highly vulnerable”.

Boasting should come when an economy has seen growth upwards of three per cent, he said.

He said while Persad-Bissessar spoke a lot about diversification, the numbers she provided said little.

“What are the sectors you are talking about that you have actually led and created diversification?” he queried of the PM’s statements.

On Government’s announcement on Tuesday that money may have to be borrowed for the completion of its San Fernando to Point Fortin highway mega-project, McGuire said the “mistakes” associated with that project took place before an economic crisis had developed.

He said a project of that magnitude should not have been carried out out-of-pocket but would typically have taken place on borrowed funds.