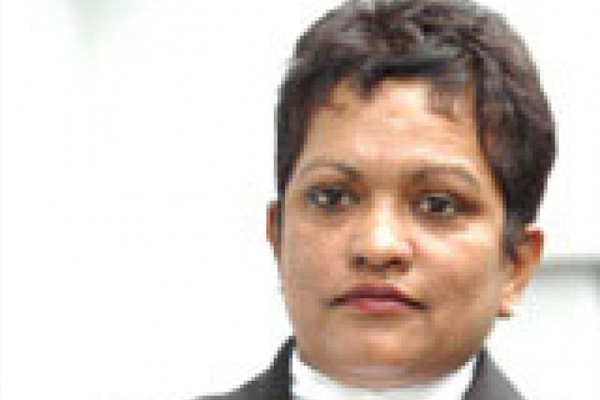 Port of Spain, Trinidad — A man in prison custody is now assisting police in Trinidad with details into last year’s murder of Senior Counsel Dana Seetahal.
Police investigators have now been given “key information” concerning the details of her murder.

This, the Sunday Express understands, means that the Trinidad and Tobago Police (TTPS) will approach Director of Public Prosecutions (DPP) Roger Gaspard SC shortly for advice on charging six men with conspiracy to murder and the murder of Seetahal.

However, while the police have been able to identify the shooter based on information, they have yet to determine a motive for the murder.

The Sunday Express was told that the man, who has been behind bars since last December and is linked to a mosque in East Trinidad, has been willingly assisting officers as they move closer to completing their file to present to Gaspard.

The man, the Sunday Express was told, has given information to lawmen on an individual, who was said to reside in Cumuto, among other places, and who is believed to be a “contract killer” who would have been one of the people involved in Seetahal’s death.

The suspect was also charged last year, along with two others, with possession of wild meat. He was also a participant of government’s now defunct LifeSport programme where he earned $1,500 a month to participate in sport-related activities.

The prison informant has also assisted police with information on the “contract killer” regarding his other professions and items which would be “prominent” to the ongoing enquiry.

The Sunday Express was told that this “new information” meshed with information previously gathered by the investigative team into Seetahal’s death, and that the suspect named was actually one of six “key persons” contained in a file for their alleged involvement in her murder.

The Sunday Express was also informed that almost all of the video evidence sent to laboratories in the United States and England for forensic examination has been returned to the local police team, and now, armed with the new information gathered, the police are expected to submit a file to the DPP within the coming days for instructions on how to proceed.

Sources said that the investigative team has been “careful and meticulous” with their approach to the enquiry on all accounts, “dotting all i’s and crossing all t’s” to ensure that when they approach the DPP they limit any “legal loopholes” to be addressed.

The Sunday Express understands that an intercept obtained by the TTPS from the Strategic Services Agency (SSA) also forms part of the TTPS’s evidence.

Last week, acting Commissioner of Police Stephen Williams at the weekly police news briefing told reporters that there was “light at the end of the tunnel” with regard to the investigations into the senior counsel’s murder.

“The investigation is a process and I know everyone including the media is anxiously awaiting the outcome of the matter but we believe we will see the light at the end of the tunnel. You will in fact get the benefit of an expression of that light by the deputy commissioner of police, as soon as he gets the directive from the director of public prosecutions,” Williams said.

He later noted: “In all fairness, you know I cannot put it into a time frame, what I will give you is the assurance that the investigation is not a cold investigation.”

At the time the acting commissioner was responding to questions posed by reporters based on comments made by recently appointed national security minister Brigadier Carl Alfonso, who told reporters on Carnival Monday that, at the time, he had yet to be briefed on the status of the murder investigation by the acting top cop.

Williams in response said he did not hear the comment made by the national security minister, but if the comments were made, it was “unfortunate” as the Police Service was responsible for dealing with matters such as this.

Seetahal was killed at about 12.05 am on May 4, 2014, while driving her Volkswagen SUV towards her home after leaving the Ma Pau casino.

Residents reported hearing several gunshots followed by the sound of screeching tyres. By the time they contacted police and ran outside, they found Seetahal slumped over the steering wheel of her vehicle.

She had been shot five times and was pronounced dead at the scene.

It is believed that her attackers followed her from the casino and ambushed her.