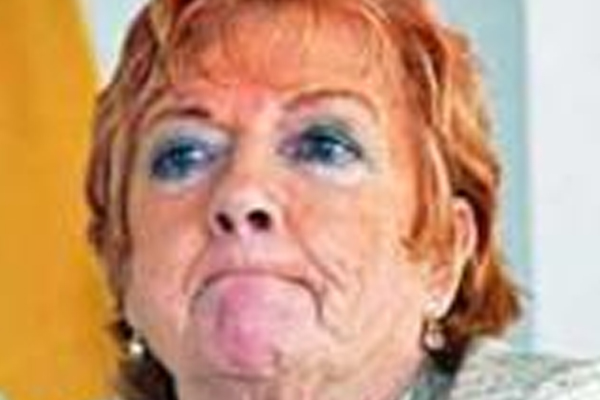 Port Of Spain, Trinidad — Following a series of elections that began in January and ended in November 2013, the question arises as to whether or not the country had a productive year under the shadow of so many elections in a short period.

Monday’s by-election in Trinidad’s marginal constituency of St Joseph, which was won by the opposition People’s National Movement (PNM), wrapped up a record breaking series of elections that leaves analysts trying to determine the cost of such a process.

At the end of Monday’s poll, before he could savour the by-election victory, opposition leader Keith Rowley sent a stern message to the People’s Partnership coalition government that he wanted its conduct on the campaign to be investigated.

“The government has misbehaved once again, has broken the law, it has disgraced itself and I think the result even after all that to have lost is poetic justice,” Rowley said.

The opposition leader told the media he had information that the incumbents distributed contracts to potential voters and also used state funds to bribe Aranguez farmers with compensation for flooding on the eve of the election. Rowley wants the Integrity Commission to investigate the government’s behaviour regarding the use of state funds and resources in the just concluded by-election.

The winning candidate for the St Joseph constituency, Terrence Deyalsingh, said he actually saw contracts being given out.

Rowley said he knows that monies and contracts were distributed and he wants a proper investigation.

Economist Mary King said it is illegal for candidates to use state funds in an election.

The four elections, four defeats, four victories, an otherwise engaged public, and what it cost the people of Trinidad and Tobago to go to the polls so frequently in one year, is what some political analysts are looking at.

As a former minister of planning, economics, social restructuring and gender affairs in the People’s Partnership government, King put forward the question: How many people campaigning in these elections should have been at work? No doubt, the elections in January, July, October and November would have slowed down productivity, she noted.

The Elections and Boundaries Commission (EBC) would not have anticipated so many elections, King suggested.

And what about the extent of the incumbent’s use of state funds, asked political analyst Indera Sagewan-Alli. She said all governments are guilty of this practice at election time.

Sagewan-Alli believes that hundreds of millions of dollars were spent collectively in the four elections this year. She warned there must be implications for the “spend”, which she noted “needed to be investment related.”

King and Allie were part of a team on the TV6 election panel of analysts for the St Joseph by-election.

During the ten days of campaigning, the United National Congress (UNC) candidate Ian Alleyne told the media he started 25 projects in the St Joseph constituency; a disclosure for which he was scolded by his opponents in the PNM and the newly formed Independent Liberal Party (ILP). Some analysts say it is against the law for a candidate to be using the state’s resources in this manner during an election campaign.

In addressing the media following the closely contested poll, Rowley promised to take the government to the Integrity Commission for what he said was the wanton distribution of contracts and monies the day before the elections, especially in the Aranguez area.

The Aranguaz district was won handsomely by Alleyne, who washed away his opponents and took the lead for a short while in the race. At that point, some supporters of the opposition PNM started to panic. This was evident in some of their Facebook posts. One poster said: “This election is making me go hmm…” Another replied: “I’m wondering.”

Deyalsingh said he will get the cell phone numbers of all government ministers so he too can call them like Alleyne did and get the resources he needs to do the work in the constituency for his constituents.

In January, the PNM, which controlled the Tobago House of Assembly (THA), again won the THA elections against the Tobago Organisation of the People (TOP) in a 12 to nothing landslide, handing the People’s Partnership government its first defeat in the series of elections to follow. The TOP is a part of the people’s partnership coalition government. This election was held when it was due.

Then, in July, former government minister Jack Warner resigned as the Member of Parliament for Chaguanas West and forced a by-election in that constituency. Warner said he wanted his constituents to revalidate him. He won that race in the UNC heartland in another landslide victory. The UNC is the leading partner in the coalition government and it was the government’s second defeat.

On October 21, the government suffered its third defeat, this time in the local government elections, losing again to the opposition PNM.

The results: four elections and four defeats for the government — three inflicted by the opposition PNM and one by the upstart ILP.