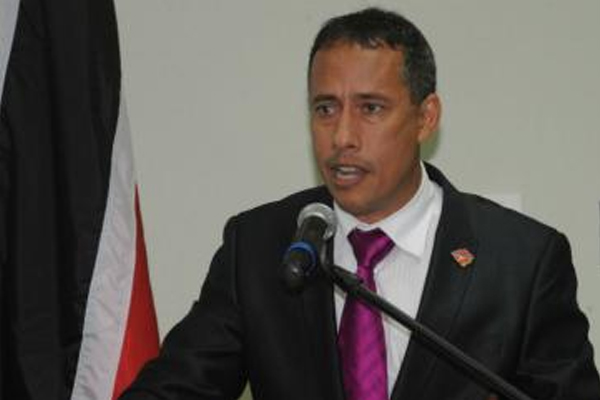 Port of Spain, Trinidad — Minister of National Security Gary Griffith said yesterday the ministry was looking at the banning of glass bottles since it can be used “as a weapon of choice” during Carnival celebrations scheduled for February 16 and 17. He also said there would be “heavy emphasis” with regard to security during Jouvert celebrations. He also said there would be zero tolerance for people like promoters and bar tenders who give minors alcohol and allow them to enter fetes.

Griffith made these comments while giving an update on security measures for Carnival 2015 at the VIP Lounge, Grand Stand, Queen’s Park Savannah, Port of Spain. Among those present were Minister of Arts and Multiculturalism Dr Lincoln Douglas, National Carnival Commission chairman Lorraine Pouchet, Deputy NCC chair Don Sylvester and head, Corporate Communications Candice Alcantara. The conference was followed by a tour of the Grand Stand.

Zeroing on the debate over the banning of glass bottles, Griffith said: “We are looking at the concerns about glass bottles. It is unfortunate. Based on the data we have, there have been major incidents that have taken place, and, ironically by minors who cannot consume alcohol. They can use it (glass bottles) as a weapon of choice. We need to look at it, even if it is on a basis whereby the vendors can have glass bottles and pour it in cups.”

Griffith added: “It is unfortunate when people… a few… can make comments. Concerns about safety and security should be a priority factor.”

Sharing his sentiments on minors, Griffith added: “Minors should not be consuming alcohol and given access to Carnival events. Moving to Jouvert celebrations, Griffith said: “We will be looking at GPS tracking. There will be a heavy aspect on Jouvert morning. We plan to put lot of heavy emphasis on it.”

Griffith described the complement of security in Jouvert bands as “totally ridiculous”.

He said: “We need to have a stringent process. If it means a situation where the band is not competitive, and there is a proper route, the best way we can assist the law enforcement agencies is in monitoring the route. We can have law enforcement personnel positioned in proper areas so as not to have bands scattered all over Port of Spain.”

Griffith said the emphasis for the safety of Carnival 2015 was not solely dedicated to Monday and Tuesday.

He said: “It is very critical for Carnival 2015 to be successful, it must be safe and secure. We have an inter-ministerial committee to ensure that safety and security would be adhered to. Since the new year the focus has been on Carnival Monday and Tuesday, we have had a proper operational plan for all aspects of security during the season and each and every Carnival event.”

He added: “It was done for band launches and all inclusive events and not just events related directly to the Ministry. We are introducing a number of initiatives to ensure patrons are safe getting to and leaving the event.”

On the issue of Ebola preparedness, Griffith said: “There is a full green light for Carnival 2015. The relevant organisation will continue to address every aspect of Ebola although the risk and threat remain low.