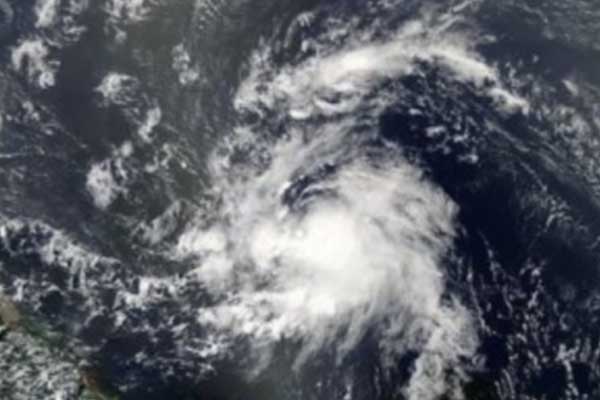 Miami (AP) — A tropical depression is moving west in the Atlantic and is expected to degenerate over the next few days.

The depression’s maximum sustained winds early Tuesday were 35 mph (55 kph). Little change in strength is expected Tuesday, but the US National Hurricane Center says some weakening is expected by Wednesday night. The depression is forecast to degenerate into a trough of low pressure in two to three days.

The depression is centered about 910 miles (1,465 kilometers) east of the Lesser Antilles and is moving west at about 17 mph (28 kph).