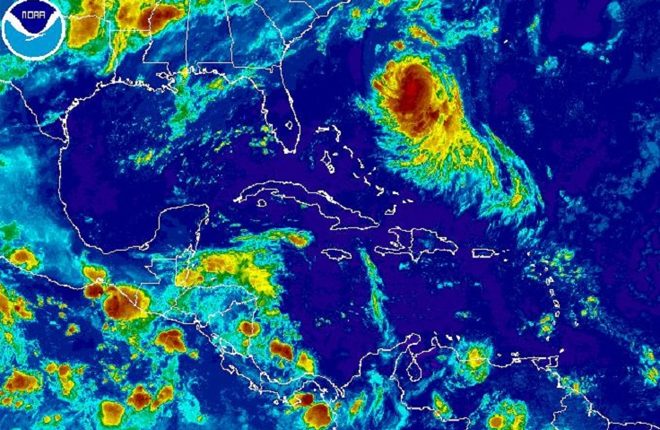 Tropical Storm Gert, which became the seventh named storm of the 2017 Atlantic hurricane season yesterday evening, could become a hurricane, according to forecasters.

But before it does, it’s expected to pass between Bermuda and United States, without much threat.