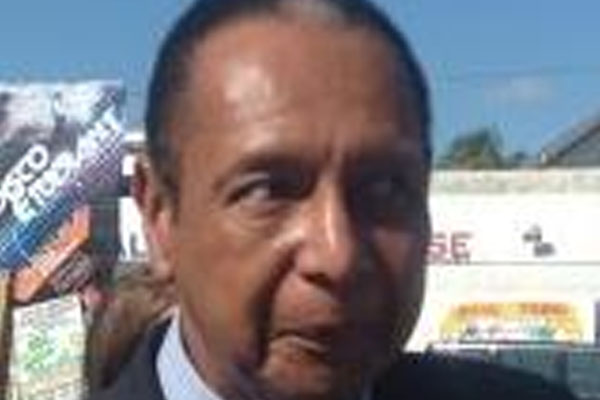 Port au Prince, Haiti — The death of former Haitian ruler Jean-Claude Duvalier must not halt the investigations and prosecutions owed to thousands of people killed, tortured, arbitrarily arrested and disappeared under his regime, Amnesty International said on Tuesday.

“The death of Jean-Claude Duvalier must not be used to brush away the crimes committed under his regime. An entire network of volunteer militia and state authorities are also suspected of perpetrating human rights violations under Duvalier’s command. These people too must be investigated and, if there is sufficient admissible evidence, prosecuted in fair trials,” said Erika Guevara Rosas, Americas director at Amnesty International.

“This is not the final chapter in this horrific episode of Haiti’s recent history. Instead it should be a reminder that there are thousands of victims who still deserve justice, truth and reparation for the human rights violations they suffered,” she added.

In response to news of the death, Haiti’s current President Michel Martelly has spoken of reconciliation and called Jean-Claude Duvalier a “true son of Haiti”. In the past, Martelly has hinted in several public statements at pardoning the former leader. Despite being investigated for embezzlement charges, Duvalier was issued with a diplomatic passport in 2013, and participated in several official ceremonies and events.

“Whereas President Martelly could have expressed compassion for the thousands of victims of Duvalierism and participated in forging memories about the crimes committed at that time, he willingly decided to express ‘sadness’ and ’sympathy’ only for Duvalier’s family. This is a slap on the face for human rights and the victims’ struggle to justice,” said Guevara.

During Duvalier’s presidency– between 1971 and 1986 — prisons and torture centres claimed the lives of hundreds of victims. Arbitrary arrests, torture, deaths in custody, enforced disappearances and political killings were regularly reported.

Haitian authorities singled out political leaders, journalists, trade unionists and those suspected of being opponents of the government. Illegal detention was also rampant. Detainees were kept incommunicado for long periods of time and were frequently subjected to torture and ill-treatment.

A key weapon of control in Duvalier’s arsenal was the use of National Security Volunteers or “tonton macoutes” (“bogeymen”) as they became known. This volunteer militia took on many of the tasks of the army and police force and were responsible for extreme brutality as they killed, tortured, arbitrarily imprisoned or forcibly disappeared people with impunity. In the mid-1980s, there were an estimated 9,000 tonton macoutes at work.

“For 15 years, Jean-Claude Duvalier ruled Haiti with total disregard for the rights of the Haitian people. The grave human rights abuses perpetrated during those years still remain shrouded in absolute impunity. Now, more than ever, Haitian authorities must show political will to investigate those suspected of criminal responsibility for human rights violations,” said Guevara.

Echoing Guevara’s comments, the United Nations human rights office said on Tuesday it is “essential” that legal proceedings and investigations against individuals associated with Duvalier continue despite the former leader’s recent passing.

At a press briefing held in Geneva, a spokesperson for the Office of the UN High Commissioner for Human Rights (OHCHR) noted that while all the crimes were “obviously” not committed by Duvalier himself, it was imperative that the perpetrators of all abuses be brought to trial.

“It is the right of the Haitian people to obtain accountability for past violations of their human rights and the duty of mankind to remember, establish the truth and ensure justice for the victims,” OHCHR spokesperson Rupert Colville told reporters.

After years living in exile, Jean-Claude Duvalier’s return to Haiti in 2011 spurred victims and civil society organizations to seek justice for the abuses committed during his 15 years in office.

Duvalier died on Saturday of a reported heart attack. He was 63.

In 1971 he inherited control of Haiti from his father François Duvalier after supposedly being endorsed by the Haitian people in a vote of 2,391,916 to zero.

In 1986 he fled the country into self-imposed exile in France.

In January 2011 he returned to Haiti after an earthquake that devastated the country. Upon his return the authorities re-opened a criminal case against him, facing charges of crimes against humanity and serious human rights violations such as murder and torture of political opponents, and of corruption.

In January 2012, an investigating judge ruled that Duvalier should stand trial before a lower court only for misappropriation of public funds. Both the human rights victims and Duvalier appealed the decision.

On 20 February 2014 the Port-au-Prince Court of Appeal reversed the January 2012 ruling by stating that there can be no statute of limitations for crimes against humanity and that these can be prosecuted under Haitian law.

It also recognized that the proceedings had so far wrongly focused only on Jean-Claude Duvalier.

It ordered that those identified by the plaintiffs as collaborators should be heard by the court, and that others suspected of being responsible for abuses should also be identified.

The court appointed one of its sitting judges to further investigate the allegations of crimes against humanity committed by Jean-Claude Duvalier and his collaborators. However, until now the authorities have failed to provide additional resources to the judge and disclose official documents which could be useful in the proceedings.