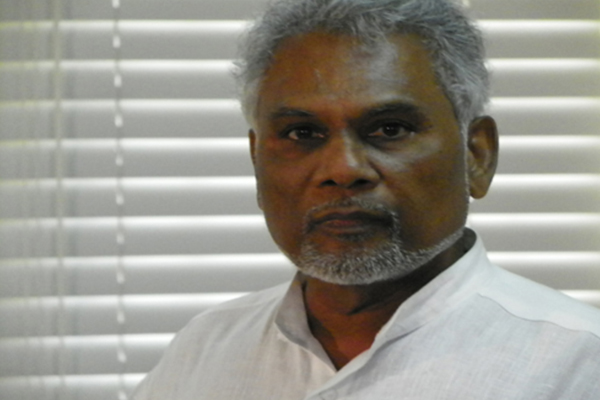 T&T attorney breaks down and cries

PORT OF SPAIN, Trinidad – THE Vindra Naipaul-Coolman murder trial was yesterday adjourned to next Monday, after a member of the prosecuting team broke down and cried.

Presiding Judge Malcolm Holdip decided it would have been too difficult to immediately carry on with the matter in light of the murder of Senior Counsel Dana Seetahal.

Senior State attorney Joy Balkaran sobbed as she rose to announce the names of attorneys comprising the prosecution team involved in the trial. “Miss Seetahal is no longer with us,” she said.

Defence attorneys also appeared emotional before and after yesterday’s hearing at the Hall of Justice in Port of Spain, where 12 men are on trial for Naipaul-Coolman’s December 2006 murder.

Seetahal and Balkaran had been prosecuting the case alongside Kelly Thompson and Senior Counsel Israel Khan and Gilbert Peterson since it got underway on March 24.

Officers of the Anti-Kidnaping Unit, who investigated Naipaul-Coolman’s abduction from the driveway of her Radix Road, Lange Park, Chaguanas, home on the night of December 19, 2006, were expected to testify during the trial yesterday.

Seetahal had also prosecuted the matter during its preliminary stage at the Port of Spain Magistrates’ Court before former then Chief Magistrate Sherman McNicolls.

During yesterday’s hearing, members of the media were not allowed into the courtroom by security officers stationed outside. Questioned on why this was so, the officers said they did not receive the go-ahead to allow anyone into the room.

Court officials later informed reporters there were no restrictions preventing them from entering the court, before allowing them the opportunity to listen to a recording of what was said during the hearing.

In that recording, Holdip told the 12-member jury and six alternates that given the turn of events, the matter will be unable to proceed.

He said the prosecution would need time to reconstitute its position and strategy “legally and otherwise”, adding that he did not believe anyone in the matter had the “Spartan attitude” of continuing with the trial yesterday.

“They would be emotionally and psychologically traumatised by the state of affairs. I am also of the opinion no less that the defence bar will equally in some way be touched and traumatised,” said Holdip.

The judge said he was informed that Seetahal’s funeral may take place on Thursday, and it was also for this reason he believed the matter should not be adjourned to any day this week.

Up to yesterday evening, no information was forthcoming on whether another attorney will be replacing Seetahal on the prosecution’s team.

Approached following the adjournment, Khan offered no comment to the media, while Peterson hastily left the building while reporters were interviewing other attorneys.

Defence attorney Ian Brooks, who is representing one of the accused at the trial described Seetahal’s death as “the loss of an extremely bright daughter”.

“Dana Seetahal is a great loss to society. She was one of the persons who spoke on behalf of all citizens and brought the citizens up to date on social issues and legal issues. In that regard I will say she is a tremendous loss to all persons, to young children, to the society at large, to elder statesmen, Dana was indeed a great loss,” said Brooks.

Opposition Senator Faris Al-Rawi said the death was a “frontal attack on everything independent”. He said Seetahal was a person who would stand up and say the things others only thought about saying.

Al-Rawi said despite the loss, citizens should not be defeated by it but instead become more determined to take a stance and champion what is required to bring the country out of the “dark corner” it is currently in.