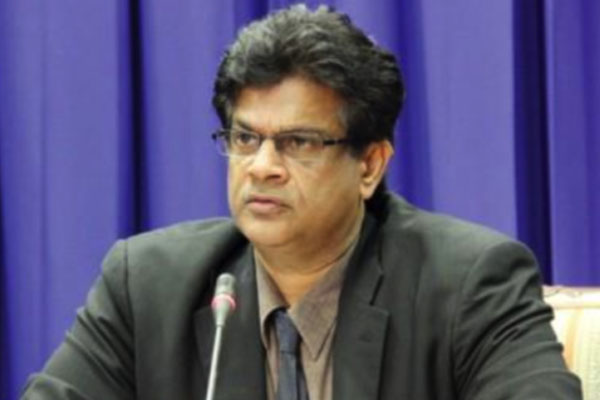 Port of Spain, Trinidad — Health Minister Fuad Khan has said if he were to reveal the report of the patient involved in a recent altercation with a nurse, which caused the protest action by nurses, it would put a new light on the situation.

“The nurses who took protest action against the patient, had they known the full story, I wonder if they would have taken protest action,” Khan said.

Speaking at yesterday’s post-Cabinet news conference, Khan said: “If the population sees the report that I have gotten from the patient, then it would put another spin on that whole situation.”

He said he got the preliminary report.

“I am not saying that the patient is right, neither am I saying the protest of the nurses is right. There is a need for security at all levels, but how does the security respond to something where they (the patients) are being provoked? Who is the security for? That is the million-dollar question in that situation. How did it happen? What caused it to happen? What happened when that interaction took place?”.

He said frustration was not an excuse for mistreating patients or for being abusive. He said there were many letters from patients documenting the abuse from health-care workers.

On the issue of the maternal and infant deaths, Khan said he wanted to implement a system whereby a doctor should be on duty or close by on the Maternity Ward at all times “because on a Maternity Ward, anything can take place at any time”.

He added that it was the Regional Health Authority chairmen who suggested that this was a good way to go.

Khan also said he never said “who don’t like it, could leave”. He said if one read the article “rather than looking at the sensational headline”, one would see that what he was saying was that the health sector is a hospitality sector and the treatment of patients must be on that basis.

He said 98 per cent of patients would not react for fear of victimisation, but a few would.

“Treating a patient in an abusive manner will not raise your salary…What you have to do is to use your bargaining body to do,” he said.

“Before you go into a job I am sure you know the salary. And if you into a job and get the salary that you expect you get, then you can’t complain too much…Salary is very important yes.

“But taking the salary and delivering the service you are suppose too…does not make any sense. Treating a patient in an abusive manner will not raise your salary…What you have to do is to use your bargaining body to do,” he added.