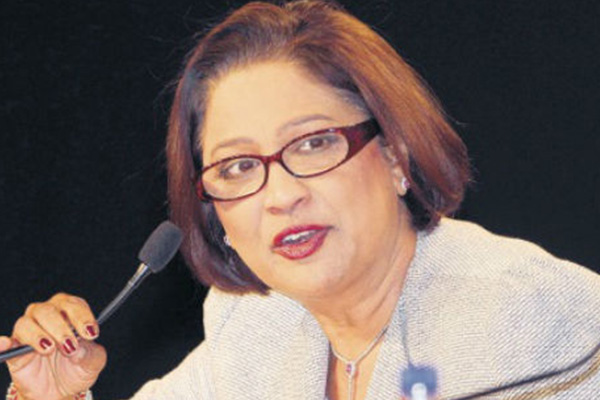 T&T PM breaks silence on drug bust in the US

PORT OF SPAIN, Trinidad (CMC) – Prime Minister Kamla Persad Bissessar has broken her silence on the multimillion-dollar drug bust in the United States that allegedly involves products from a leading manufacturer in Trinidad and Tobago.

“Every nation in the world has issues with narco-trafficking and therefore it’s (about) our response now. We learn every day,” she told reporters on Sunday night as she attended the launch of the National Week of Prayer.

“The matter is under investigation. It is sensitive and it would be inappropriate to comment on it at this time.

“I think with this being such a sensitive matter, information should be shared on a need-to-know basis. Therefore, this blanket in terms of sharing information is on lockdown; I think it’s a good strategy because we’ve seen in the past where leakages could lead to compromising of the investigation,” Persad Bissessar added.

Earlier this month, US Federal officials announced that they had found 732 pounds of cocaine on December 20, 2013 concealed in cans of fruit juice at the Port of Norfolk in Virginia.

Investigators estimate the cocaine had a wholesale value of about US$12 million and a street value of up to US$100 million.

Officials from the Drug Enforcement Agency (DEA) are here conducting investigations into the matter and the local beverage manufacturer, SM Jaleel & Co Ltd, whose products have been used in the shipment of the drugs, has distanced itself from the shipment.

Prime Minister Persad Bissessar said she does not believe the island’s international trade reputation would be negatively impacted as a result of the drug bust.

“Certainly there will be concerns, but I’m not sure we will be impacted so negatively that we will be branded everywhere and blocked everywhere and I’m fortified in that view that the manufacturer was able to show these labels were counterfeit, and that the shipment was not made by them,” she added.

Trade Minister Vasant Bharath said a multimillion-dollar scanner to examine import containers – purchased through a Chinese grant – is now being installed at the Port of Port of Spain.

He said that three scanners that were to be acquired through the United States last year were delayed because of regulatory issues that had to be approved by the US Senate.

But he told reporters the scanners are now due here in June.