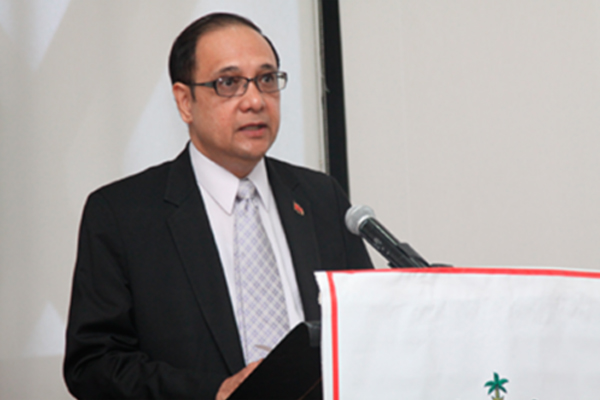 Port of Spain, Trinidad — Finance Minister Larry Howai says the Government has “revisited the budget in light of the continuing fall” in global oil prices, but he is leaving the details to be announced by Prime Minister Kamla Persad-Bissessar, who is due to deliver a statement to the nation on the matter on Thursday.

TV6 News last night reported Howai’s comments on the matter which he made in an e-mailed response to questions sent to him yesterday.

The questions were based on international media reports such as those posted on CNBC’s website that the US crude’s prices for February fell to $49.95, down five per cent from Friday’s close, before recovering to US$50.20 per barrel just before noon on Monday, while the Brent crude for February also hit a fresh 5-½-year low, falling as low as $52.66 per barrel before rebounding back above $53.

These rebound prices are still well below the US$80 per barrel West Texas Intermediate or US crude oil price on which the national budget for fiscal 2015 is partly based.

Trinidad and Tobago continues to earn the majority of its revenue from oil and natural gas.

Howai was asked yesterday whether the continuing downward trend in both the Brent Crude and WTI prices will cause the Government to revisit the US$80 per barrel oil price on which the budget is partly based.

TV6 News also asked Howai if the situation were it to continue, would it cause further budget cuts as the Government is now seeking to cut budgetary expenditure by $45 million per ministry and also if budgetary cutbacks in essential services could be avoided if the oil prices do not rebound above the US$80 per barrel mark in the near future.

“The PM is making a statement on the matter on Thursday. It would not be proper for me to pre-empt her statement, but I can confirm that we have revisited the budget in light of the continuing fall in prices,” Howai said in his e-mailed response.

He was also asked if he had any projections as to when there would be any market correction regarding oil prices.

“I should point out that the projections by Standard and Poor’s and the US Energy Information Administration as well as other agencies are for some recovery of prices later this year. We are not pinning our hopes on that recovery in prices and are taking action but I thought that I should mention that,” Howai said.

The Government had recently announced it is seeking to cut expenditure in non-essential areas by $45 million per ministry.

Last week, the Prime Minister sought to allay any fears about the situation as she said it is not a cause for panic and the Government was closely monitoring the situation.

Natural gas prices, meanwhile, averaged just above US$3 per mmbtu.

The national budget is partly based on a natural gas price of US$2.75 per mmbtu.