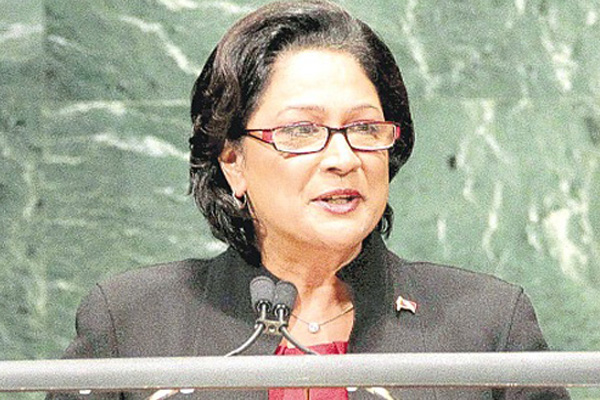 TTPBA condemns govt’s payment of per diem to journalists

Port of Spain, Trinidad (CMC) — The Trinidad and Tobago Publishers and Broadcasters Association (TTPBA) has condemned the decision by the coalition People’s Partnership government to pay TT$15,000 (One TT dollar = US$0.37 cents) in per diem to journalists who accompanied Prime Minister Kamla Persad Bissessar on a visit to China earlier this year.

At least two of the journalists have publicly said they did not accept the money and the TTPBA said that over the decades there have been reports of alleged bribery or “gifts of token” in exchange for favours within the newsrooms of media houses.

“This is a matter that the owners and managers of media have been grappling with over the years, especially when there are rumours but no proof. In some of these instances where reporters or newsroom personnel have been confronted, there is denial. In other cases it is untrue.

“The recent issue is of grave concern since it undermines the foundation of journalistic integrity. Internal investigations are being done by the media houses where the newsroom staff members are employed and the necessary corrective action will be taken,” the TTPBA said.

The TTBPA said it was reminding newsroom personnel of their first oath as reporters, “which is to present the truth, to be fair and to be accurate in reporting and to serve in the best interest of all citizens.

“The recent turn of events means that senior management at media houses may have to implement new methods of ensuring that the integrity of our newsrooms is upheld,” the TTBPA added.

It said that the government should have stated clearly that the $15,000 per diem was to be offered to journalists ahead of the visit of the prime minister to Beijing.

“If this had been originally stated then the current unfortunate circumstance would not have appeared to have ulterior motives. We urge Government and other State bodies to examine their processes with regard to media relations in the interest of proper ethics and good governance,” the TTPBA said.

The Media Association of Trinidad and Tobago (MATT) has also condemned the payment of the per diem.