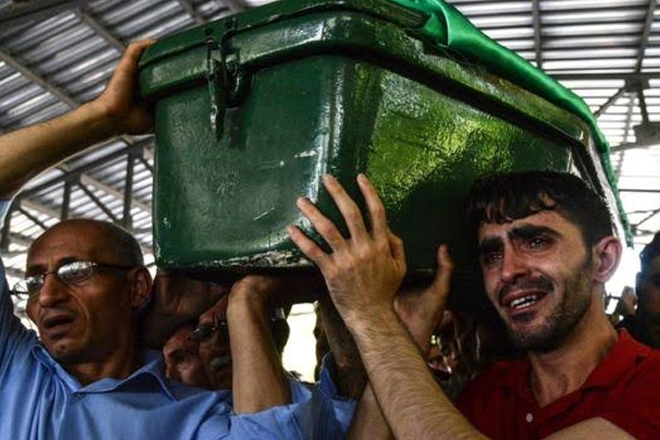 Turkey Kurdish wedding bomber ‘may not have been child’

Turkey’s Prime Minister Binali Yildirim says authorities do not know if a suicide bomber who attacked a Kurdish wedding killing 54 people was a child.

President Recep Tayyip Erdogan said after Saturday’s attack in Gazantiep that the bomber was 12-14 years old.