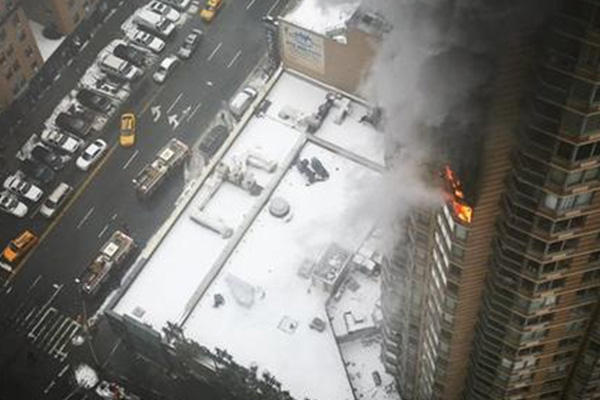 Firefighter spokesman Danny Glover said the fire reported to authorities shortly after 11:00 am Sunday was in an apartment on the 20th floor of a building at 43rd Street and 10th Avenue. He said it was under control shortly before 1:00 pm. He added that smoke spread to several apartments around the affected apartment. Glover says it was not immediately clear what caused the fire.

About 40 units responded to the fire. Glover said that the two civilians with critical injuries were taken to separate New York hospitals.