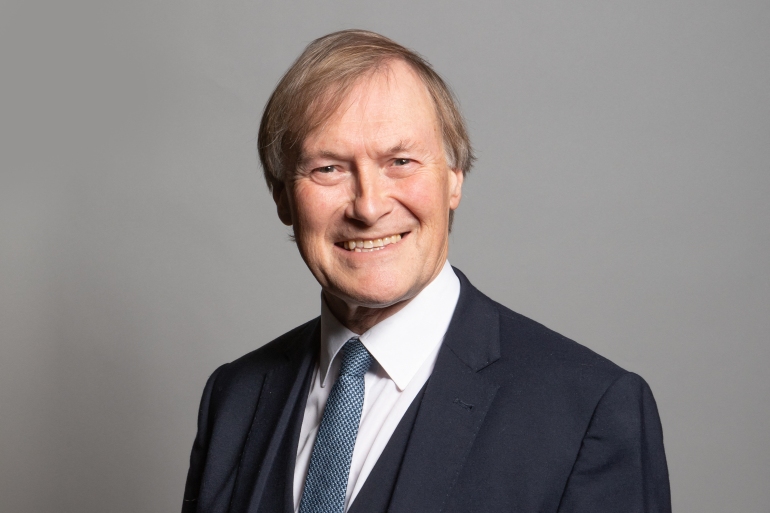 British MP David Amess, 69, has died after being stabbed several times during a meeting with his constituents at a church in eastern England. A 25-year-old man has been arrested.

Reports said a man walked into Belfairs Methodist Church in Leigh-on-Sea, south Essex, where Amess was holding a surgery with locals on Friday and attacked the politician.

“He was treated by emergency services but, sadly, died at the scene,” police said. “A 25-year-old man was quickly arrested after officers arrived at the scene on suspicion of murder and a knife was recovered.”

Detectives said they were not looking for anyone else in connection with the incident. There was no detail about the motivation for the attack.

John Lamb, a local councillor at the scene told The Associated Press Amess had not been taken to hospital more than two hours after the attack and the situation was “extremely serious”. He said earlier that Amess was stabbed “several times”.

Colleagues from across parliament expressed their shock and paid tribute to Amess, who held regular meetings with voters on the first and third Friday of the month, saying he was diligent in his duties to his local area.

Flags in Downing Street were lowered in tribute.

Amess, married with five children, has been a member of Parliament for Southend West, which includes Leigh-on-Sea, since 1997, but has been a lawmaker since 1983.

He was a well-liked member of Parliament, best known for his ceaseless campaign to have Southend declared a city.

His website lists his main interests are “animal welfare and pro-life issues”.

Violence against British politicians is rare, but two other British lawmakers have been attacked this century during their “surgeries,” regular meetings where constituents can present concerns and complaints.

In June 2016 Labour Party lawmaker Jo Cox was fatally stabbed and shot in her northern England constituency. A member of the far-right was convicted of her murder.

In 2010, Labour lawmaker Stephen Timms survived a stabbing in his constituency office.

As grim news of the attack emerged, Prime Minister Johnson rushed back to London from a meeting in Bristol, western England. Colleagues said Amess was a gentle man and cast him as a true gentleman.

“This is the most devastating, horrific & tragic news,” former Prime Minister David Cameron said on Twitter. “Words cannot adequately express the horror of what has happened today.”

“Absolutely devastating news about Sir David Amess. He was hugely kind and good,” she said on Twitter. “An enormous animal lover and a true gent. This is so completely unjust.”

Jacqui Smith, Chair of the Jo Cox Foundation said in a statement on Twitter that Amess’ death is a “tragic loss for those who knew and loved Sir David.

“I knew him as a generous and dedicated colleague in Parliament. Public life must be safe for those we ask to serve in our democracy – that is a responsibility for us all.”

Cox’s widower, Brendan Cox, tweeted: “Attacking our elected representatives is an attack on democracy itself. There is no excuse, no justification. It is as cowardly as it gets.”

British lawmakers are protected by armed police when they are inside Parliament, but have no such protection in their constituencies. Amess published the times and locations of his open meetings with constituents on his website.