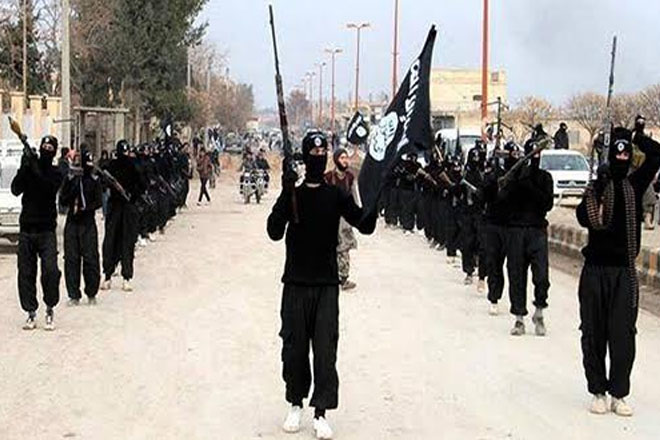 London, United Kingdom (AFP) — A Muslim teenager was interrogated by British child protection services about possible links to the Islamic State group after he used the word “eco-terrorist” in a French class, The Guardian reported Wednesday.

The 14-year-old boy used the word during a lesson as part of a discussion at his school in central London about environmental activism, according to the report.

A few days later he was pulled out of class and taken to a room where he was questioned by two people, one of whom was a child protection officer, the left-of-centre daily said.

He was asked if he was “affiliated” with IS — also known as ISIS — or had heard of the militant group, it added.

“I didn’t know what was going on,” the unnamed boy was quoted as saying.

“They said there had been safety concerns raised. If you are taken out of French class and asked about ISIS, it is quite scary. My heart skipped a beat.”

A new law from this year places a legal duty on British schools to “prevent people from being drawn into terrorism”.

The boys’ parents are reportedly seeking a judicial review, claiming that the child was discriminated against because he was a Muslim.

The teenager explained in legal documents seen by the Guardian that he had used the word “eco-terrorist” to refer to people who “take action such as spiking trees with nails to prevent chainsaws from chopping them down”.

The Central Foundation boys’ school reportedly told the Guardian it was respecting government guidance including the “Prevent duty”, an initiative which aims to stop people engaging in terrorism.

The newspaper said the incident shone a light on how schools were dealing with Britain’s new anti-terrorism initiatives.

A spokesman for the school said: “The safeguarding and the wellbeing of our young people is our primary concern.

“The school is confident that its safeguarding policies and the work of the professionals in the operation of these policies are proportionate, justified and place the wellbeing of the child to the fore.”