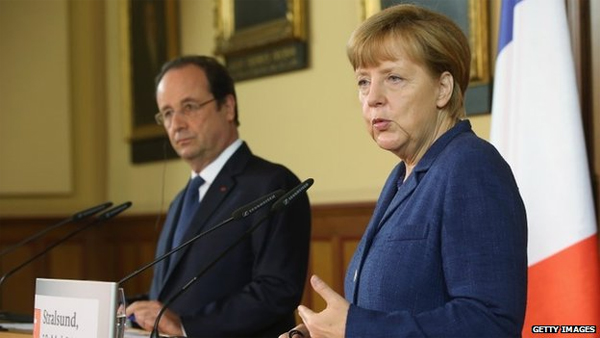 [BBC]–France and Germany have threatened Russia with further sanctions if Ukraine’s presidential election on 25 May fails to go ahead.

They also said referendums planned by pro-Russian separatists in eastern Ukraine for Sunday would be illegal.

They called for a visible reduction in Russian forces on the Ukrainian border.

Russia is estimated by Nato to have some 40,000 troops near the border, though Moscow says they have been pulled back.

Ukraine’s interim President Olexander Turchynov, meanwhile, warned the referendums could result in the “self-destruction” of regions that vote in favour of federalisation.