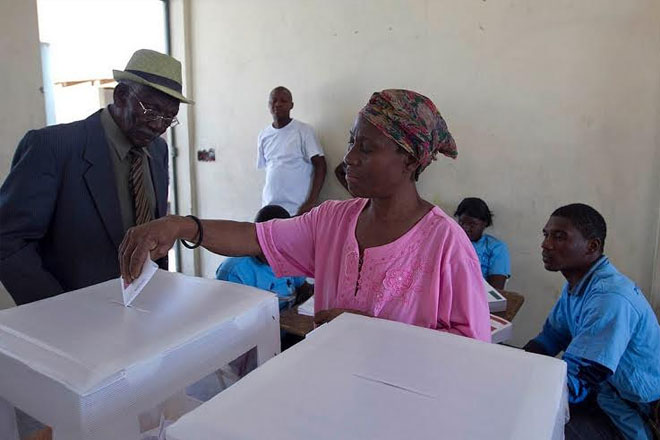 UN calls for calm ahead of elections in Haiti

(Caribbean360) – PORT-AU-PRINCE, Haiti – The United Nations (UN) is calling on political parties and their supporters carry out their voting activities peacefully when the first round of presidential elections, the second round of legislative elections and municipal elections take place on Sunday.

UN Secretary General Ban Ki-moon says he welcomes the next phase of the electoral process, but wants voting to be free from violence and to see all Haitians exercise their democratic right to vote.

In a statement issued yesterday, Ban urged all political parties, candidates and their supporters to conclude their electoral campaigns peacefully, resolve any disputes that may arise through established legal procedures and support the Provisional Electoral Council in the next stage of the process.

He commended Haiti’s institutions, particularly the Provisional Electoral Council and the Haitian National Police, for the steps they have taken “to facilitate a peaceful, inclusive and transparent vote” on Sunday.

The UN chief is hoping there is no repeat of the violence that occurred during the first round of legislative elections in August when the country’s first election in four years was marred by sporadic violence.

Men armed with rocks and bottles attacked polling stations in the capital of Port-au-Prince and about 50 of 1,500 voting centres around the country were affected by a mixture of violence and bureaucratic problems.

“The Secretary-General deplores the violent incidents that occurred in some locations during the first round of legislative elections on August 9,” the statement from the UN Secretary General’s office said. “He calls on the Haitian authorities to ensure that all perpetrators of electoral violence are brought to justice.”

Ban also reaffirmed the commitment of the UN to extend its full support to the Haitian people in the fulfillment of their democratic aspirations.