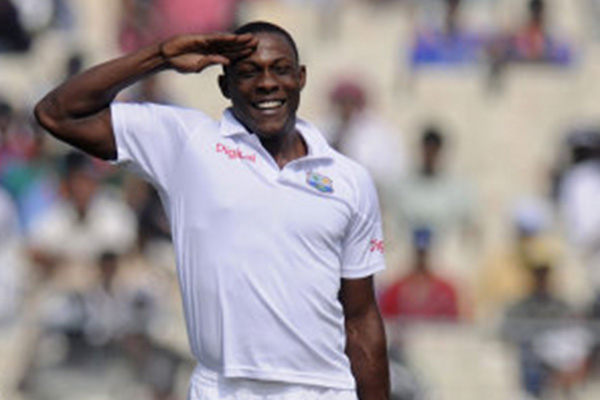 Uncapped Cottrell in World T20 side

West Indies will be without Kieron Pollard in their World Twenty20 defence after he was ruled out due to his ongoing recovery from a knee injury. All 13 men named for the Twenty20s against Ireland this month were included in the World Twenty20 squad, along with the batsman Johnson Charles and fast bowler Sheldon Cottrell, while there was no room for Tino Best.

Cottrell, 24, has played one Test against India in Kolkata last year but is yet to make his debut in either of the shorter formats for West Indies. A left-arm fast bowler from Jamaica, he played for the Antigua Hawksbills at the Caribbean Premier League last year and collected eight wickets at 21.75 and an economy rate of 6.44.

Charles was also included after missing out on the Ireland games; he struggled on the recent limited-overs tour of New Zealand but has the potential to be a match winner at the top of the order. However, West Indies will be hurt by the absence of another clean striker, with Pollard still recovering from a knee injury he sustained last year.

Pollard injured his knee while playing in a charity football match and he said last month that he was holding out some hope of being available for the World T20, but his recovery did not prove quick enough to allow him to be considered for selection. West Indies are the reigning World T20 champions after beating hosts Sri Lanka in the final in Colombo in October 2012.