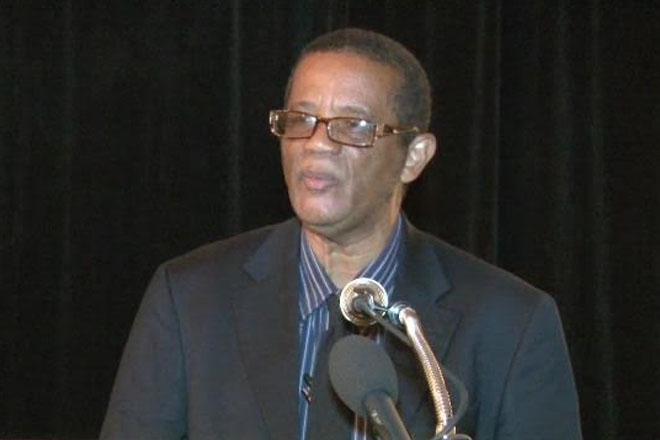 (ZIZ News) – On Monday, UNDP Barbados and the OECS and the Government of St. Kitts and Nevis partnered to host a National Dialogue on Sustainable Human Development and the Citizen Security Agenda.

That workshop was held at the St. Kitts Marriott Resort and was preceded by an opening ceremony at which Petty acknowledged the need to do more to minimise incidents of crime in the Federation.

Petty said the plan was to outline an agenda for citizen security in St. Kitts and Nevis, noting that to formulate such an agenda, issues relating to social services, education and health for example must be discussed.

“At one forum, I heard it say that it should be dealt with as a health issue where you identify the symptoms and then you work towards alleviating the difficulties associated with those symptoms. And so, in the same way you develop health programmes, we need to develop our Citizen Security Programme to address the ills of society and overtime, to rid ourselves of these problems,” he said.

Prime Minister Harris, who is responsible for National Security, spoke of the need to intensify efforts against illegal trafficking of firearms and ammunition.

He called for the UNDP’s assistance in that regard, noting the need for more pressure to be placed on countries where firearms are manufactured.

“The major producers of firearms, some of them with their more liberal policies of the right to bear arms, they must do more. They certainly must do more to stop their guns and ammunition from reaching our shores,” Dr. Harris said, noting that “the UNDP can use its international leverage and clout to help to advance that message to the appropriate authorities.”

Speaking on behalf of UNDP Barbados and the OECS was Deputy Resident Representative Chisa Mikami who acknowledged the work of the local government but said the crime-related problems are similar to those across the region.

She said, “The Government of St. Kitts and Nevis and its institutions are faced with pressing demands to respond to such complex matters. At UNDP, we believe that these challenges can be solved in a sustainable manner through a people-centred approach.”