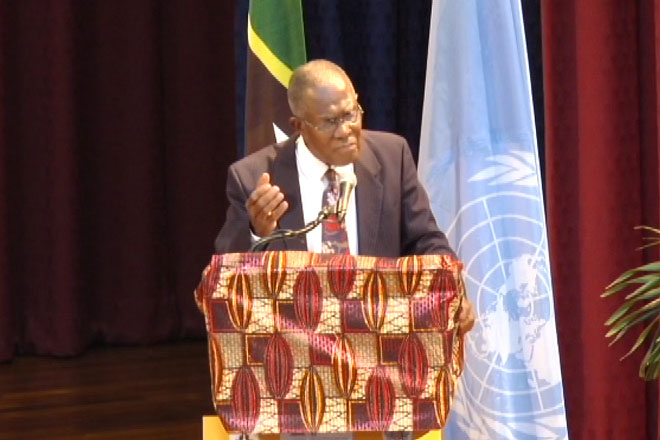 (ZIZ News) — On Tuesday night a symposium of experts tackled the issue of reparations under the theme “Pipe Dream Or Reality?”,

Several topics were presented including “Legacy of the Trans-Atlantic Trade of Africans and the Institution of Slavery” and “The African Connection: Culpability Or Opportunity”.

On that, he said the spirit of the Africans here was one of fortitude that never died.

“And part of the challenge to us in our time is to see how we can recapture, if you will, the strength, the resilience and the sense of determination which characterised our people because they were the ones who built brimstone hill. It’s a spirit we have to try and recapture,” he said.

Inniss added that our ancestors were not unaware of the fact that they were being exploited.

“They were always resisting and so even when slavery was ended and emancipation declared, what do you have happening, on the day when the bells were ringing to celebrate emancipation you found that majority of our forefathers found their way up into the mountains there was a total strike in all of St Kitts,” he said.

This act, he says, warranted the British soldiers to flush out people who were exercising their right.