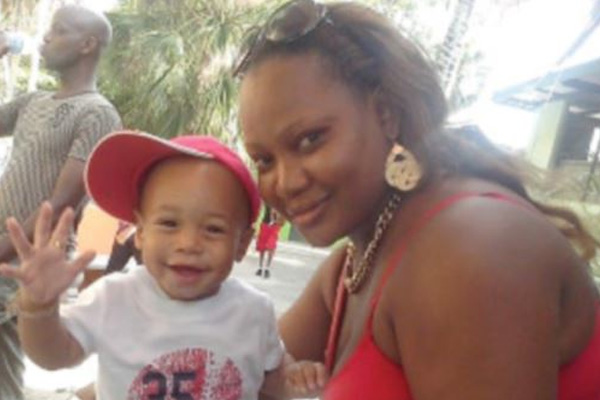 Port of Spain, Trinidad — LICHEL FRANCOIS initially thought the gunshots she heard was the sound of a car rolling over a glass bottle.

She was about to berate the driver of the car she was in for waking her one-year-old sleeping child but as more bullets tore through the vehicle, her initial displeasure turned into terror, with the realisation both she and her child had been shot in downtown Port of Spain.

The incident occurred near the corner of Prince and Nelson Streets.

Francois spoke to reporters yesterday afternoon, near a cafeteria at the Eric Williams Medical Sciences Complex in Mt Hope.

Her left arm is ban¬daged, having been grazed by a bullet on Tuesday afternoon, around 2:30 pm.

Her son, Imani George, was at the hospital’s Paediatric Ward “getting the best care”, Francois said.

The boy is not at the hospital’s Intensive Care Unit but rather on a regular children’s ward, receiving treatment for a bullet graze.

Describing the dramatic incident, she said she was tired on Tuesday afternoon, having worked all day at an early childhood care centre in St James.

Francois explained she keeps her son with her while she works. She said while she was heading home in the taxi she got into, at the corner of Prince and Nel¬son Streets, “I heard a noise like when a car roll over the bottle, and I tell the driver, ‘What are you doing?’ and then I heard shots.”

Francois continued, “And then I see my child’s head bleeding so I tell the driver, ‘Oh gosh, let us go to the hospital now’.”

She said however the downtown traffic was “horrendous, so I jump out the car and start running with my child, and then I see the police and it was they who help me out and took me to the hospital (Port of Spain General)”.

She said she was crying as the police rushed her to the hospital and they began the process of calming her.

She said she was still in an emotional state when she arrived at the Accident and Emergency section, and it was the doctors and nurses who took over from the police in continuing to calm her.

“They were wonderful at the hospital, and I know that people like to say thing about the police and the hospital but they were really wonderful,” she said.

She said at the hos¬pital, some of the nurses and doctors even prayed with her and they kept saying, “Moms, everything will be fine”.

Francois had already been treated and discharged by Tuesday night, but the Mt Hope Hospital let her stay near the Paediatric Ward on Tuesday night and Wed¬nesday so she could be close to her son. Both mother and child were transferred to the Mt Hope hospital on Wed¬nes¬day morning.