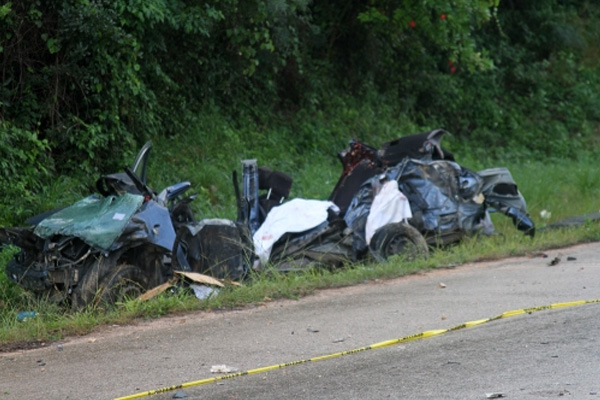 TRELAWNY, Jamaica — The four men, three Dominica Republic nationals and a Spanish, who lost their lives in a motor vehicle collision early this morning along the Braco main road in Trelawny, were employees of a St Ann hotel.

The identities of the foreigners were not released, pending police contact with their relatives abroad.

Reports are that about 4:35 am, the group of men was travelling in a blue Toyota Yaris heading towards St Ann’s Bay when the vehicle collided with a tractor trailer which was heading in the opposite direction towards Montego Bay.

They died at the scene. It is said that one of the bodies, which was extremely mutilated, remained inside the crumpled car for hours.

It was explained that the body was too cut up to be removed from the vehicle ahead of the arrival of the funeral home team.

Meanwhile, the driver of the tractor and a female passenger, who were rushed to the Falmouth Public General Hospital were later released, OBSERVER ONLINE was told.