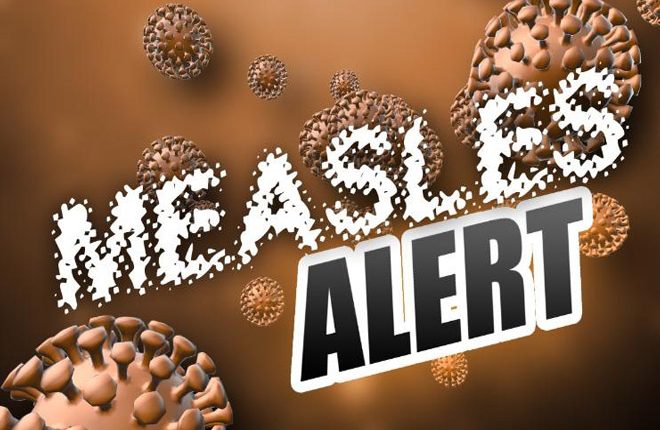 US, Canada among 12 countries named in JA travel advisory

The Ministry of Health and Wellness yesterday issued a travel advisory on 12 countries, including the United States and Canada, in light of an outbreak of the measles virus in the region.

“Measles is a highly contagious viral disease affecting mainly children. Infection spreads rapidly even before symptoms are evident and therefore has the potential to cause outbreaks. Vaccination is the only way to prevent the spread of measles. Two doses of the MMR (Measles-Mumps-Rubella) vaccine are needed to provide full protection against the disease,” she said.

“The ministry is seeking the full cooperation of parents and guardians to ensure that their children receive the two doses of the MMR vaccine, especially before travelling to a country that is known to have reported cases of measles,” Dr Bisasor McKenzie said.

She added that Jamaica has prioritised MMR vaccination for children 10 years old and younger and said the Ministry of Health and Wellness provides vaccines free of cost to children.

The CMO also said adults over 40 years of age are likely to be immune to measles, given that the virus would have been circulating in the country during their childhood, and several measles vaccination campaigns have been conducted since then to ensure the protection of the population at that time.

Yesterday, family physician Dr Suzanne Minott-Arscott told the Jamaica Observer that “Internet mothers” who have made decisions, without researching, to not have their children vaccinated are partly responsible for the current outbreak.

Dr Minott-Arscott fingered international media as culprits, too, arguing that coverage was provided for the campaign against vaccination.

“There is now this critical mass of unimmunised people in the US that has caused an outbreak of measles which we have not seen in the last 30 years. So there’s this whole generation of young people who are now parents who have never seen measles encephalitis, measles meningitis and how sick the children can be,” Dr Minott-Arscott told the Observer.

The US Centers for Disease Control and Prevention has recorded 1,022 cases of measles since the start of the year, the most cases reported since 1992 in that country. New York has been the epicentre of the country’s measles outbreak.

The anti-vaccine movement has argued that vaccination causes autism and a range of other illnesses.

“So they have made a judgement call based on information they think is rubbish and now they are reaping whirlwind. It’s very foolish young people who have caused all of this,” Dr Minott-Arscott said.

The physician said Jamaica should be in the clear in terms of vaccination policies which, she said, have been very good and have held up to scrutiny.

“The system we have of immunisation has been very, very good. In fact, we are the leaders in terms of immunisation campaign and in many, many areas from the 1960s when our immunisation programmes went out to the primary care facilities. We have done very, very well. We want to keep it that way, so we are saying to people who are travelling to places which have the outbreak, please, make sure that if your children are travelling this summer, make sure that their vaccinations are up-to-date,” Dr Minott-Arscott stressed.

She also advised adults who, in the past, might have only received one shot to ensure that they check their status before travelling.