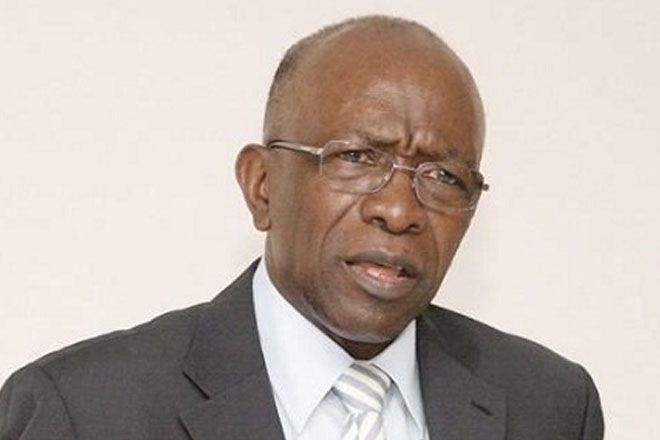 US case against Warner ready

Port of Spain, Trinidad (Trinidad Express) — The US Department of Justice (DOJ) statement of case against indicted former football Jefe Jack Warner is now complete and is expected to be sent to Trinidad by Wednesday, a US law enforcement source with knowledge of the investigation has disclosed on condition of strict anonymity.

The source, who is not authorised to discuss the case, told the Sunday Express yesterday that the formal extradition request or “record of case” should arrive in Port of Spain by Wednesday, mere days before the July 27th deadline specified by the treaty for the final request to be made.

Warner was among 14 football officials and marketing executives arrested in a sweeping US$150 million bribery scheme stretching over nearly a quarter of a century on May 27th in a dramatic US crackdown on global corruption in football.

The disgraced former FIFA vice-president and ex-president of CONCACAF, the regional governing body for North and Central America and the Caribbean, was charged with eight counts of financial crimes in connection with the FIFA corruption case, according to the DOJ indictment which was unsealed in the Eastern District Court in New York in May.

Warner has denied all of the US charges made against him and has promised to put up a long legal battle to US prosecutors’ bid to extradite him to New York to face charges of money laundering, wire fraud and racketeering.

In 2011, Blazer secretly tape-recorded his colleagues for the Feds, who have quietly been working the FIFA corruption case until their dramatic swoop down on a luxury hotel in Zurich and arrests of 14 men on May 27th. He is said to have provided damning evidence of Warner’s involvement in several bribery schemes, including a US$10 million bribe payment made to a Warner-created dummy programme called the African Diaspora Legacy in exchange for giving South Africa the vote to host the 2010 World Cup.

He also provided details of the bribery scheme related to the sale of the Gold Cup rights, a CONCACAF tournament held every two years featuring member associations.

Inter/Forever is said to have paid substantial millions of US dollars in kickbacks to secure the television and marketing rights as well as revenue from the sale of tickets to the tournament starting with the 1996 Gold Cup and continuing for subsequent editions.

The US indictment against Warner details his corrupt dealings, specifically, allegations of theft of the Centre of Excellence from CONCACAF, the US$1.2 million bribe from Qatari billionaire Mohamed bin Hammam, the cash-for bribes affair which played out at the Hyatt hotel in Port of Spain and the theft of money from the Football Federation of Australia (FFA).

Warner is expected to appear before Chief Magistrate Marcia-Ayers Ceasar on July 27th to answer the US corruption charges and request for his extradition to New York. He has protested his innocence and made clear that he is going to fight the extradition request. He has retained British QC Edward Fitzgerald to lead his defence.