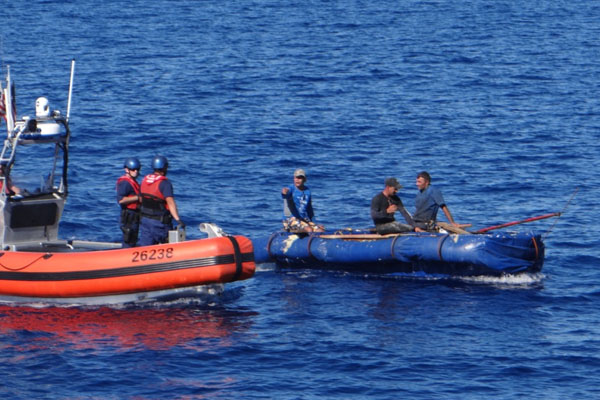 These repatriations are a result of three separate interdictions of people attempting to migrate illegally to the United States.

“Along with our Department of Homeland Security and international partners, the Coast Guard continues to robustly patrol the Florida Straits and Caribbean sea to prevent migrants from taking the perilous and illegal maritime journey to the United States,” said Capt Mark Gordon, Chief of Response Enforcement for Coast Guard 7th District in Miami. “Once aboard a Coast Guard cutter, we will seek to quickly repatriate illegal migrants to their respective countries.”

All of the migrants were safely removed from their makeshift vessels and were transferred to the Charles David Jr. for repatriation.

Once aboard a Coast Guard cutter all migrants receive food, water, shelter and basic medical attention.